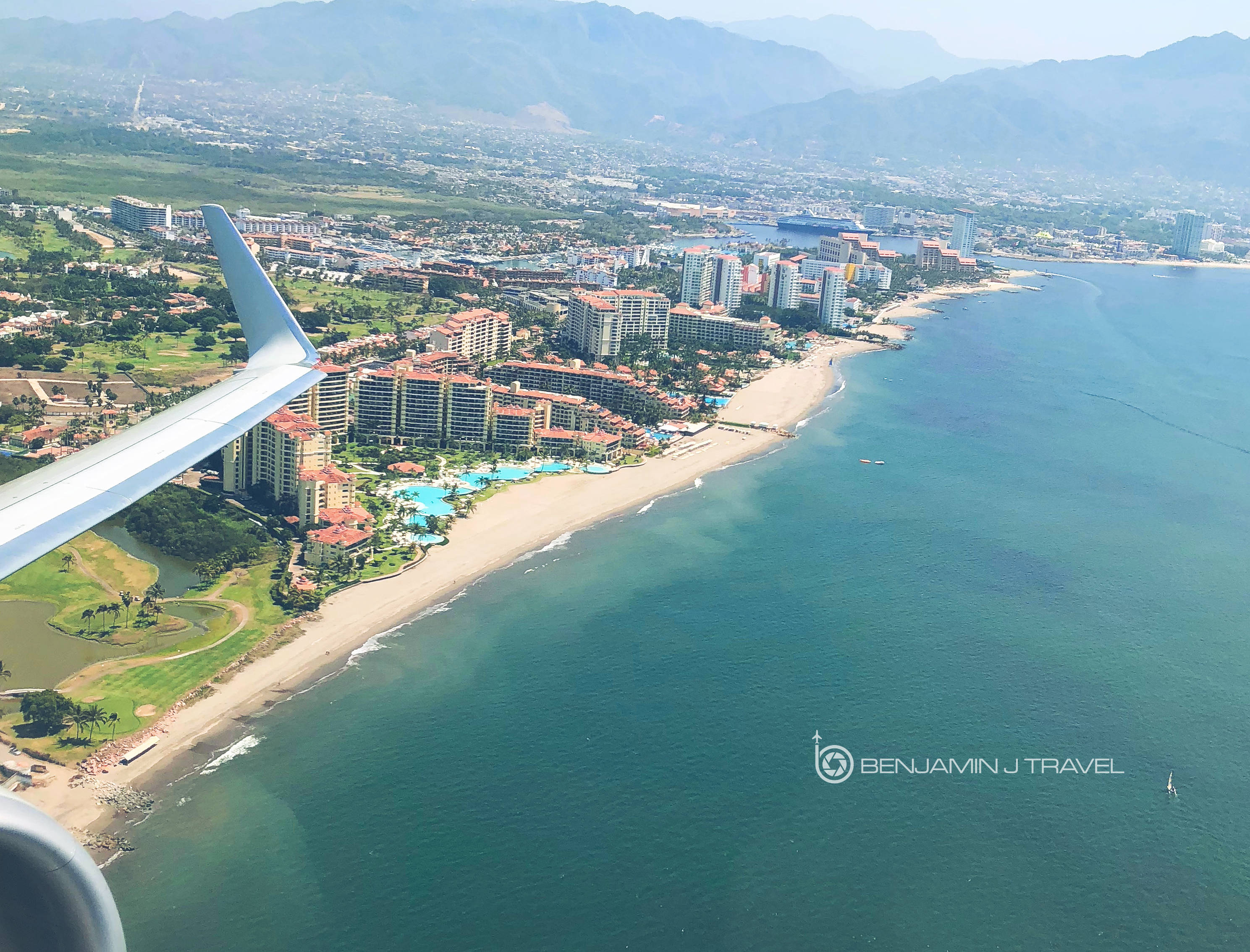 Making the short 2.5 hour journey home from Puerto Vallarta to DFW, we enjoyed a lovely flight with American Airlines in Business Class on one of their workhorse 737s. We had originally booked a one way ticket in Economy Class, Chris and I were upgraded thanks to my Executive Platinum status. Our complimentary upgrades cleared about 4 days prior to departure. My upgrade was complimentary and Chris, who holds Gold AAdvantage status, redeemed two 500-mile upgrade “stickers”.

Premium cabin seats up front between Puerto Vallarta and DFW are marketed as Business Class as the flight is international. However, the same product is branded as First Class on domestic flights with American Airlines.

The Cabin: Business Class has 16 recliner seats in a 2-2 configuration.

The Seat: Aboard the 737-800, expect the standard Business (Domestic First) recliner seat. There’s ample room  and comfort for the short flight time. The seats are 21 inches wide with 40 inches of pitch. Chris and I were seated in the front bulkhead row: 3A and 3B.

The Food: The meal was a bit of a change from your typical Business Class meal on an American flight as the flight was catered abroad. Lunch service consisted of a green salad, roasted whitefish and tomatoes, and flan for desert. There was a lasagna option but either they ran out or the flight wasn’t catered correctly. The meal was pretty good and a nice change from the exact same First Class meals I’ve received on American over and over again.

The Service: The service from the crew was fantastic and attentive. Pre-departure beverages were offered as soon as we boarded. Our glasses were never empty in the air. Even though we didn’t have a meal choice, it wasn’t an issue for us and the crew was very apologetic about it.

The Overall View: While the flight was short in duration, we had such a lovely experience on board from Puerto Vallarta to DFW. Both drink and lunch services  The crew really went out of their way to make us feel welcome and appreciated as customers. The flight was similar to our Business Class experience from Merida to DFW although the crew on this flight was much more remarkable.