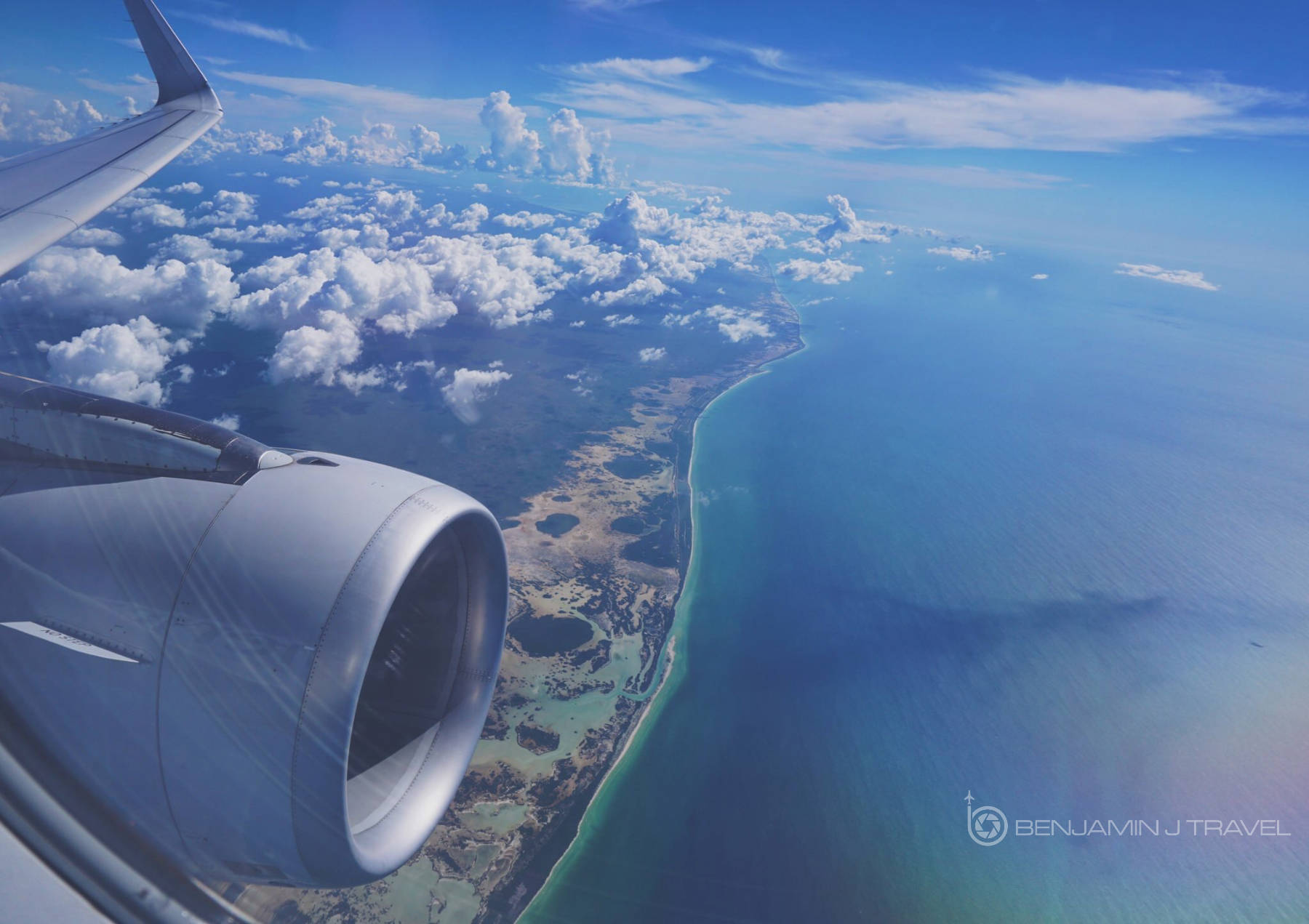 After a very lovely extended weekend in Mérida and the surrounding Yucatan region, it was time to head back home to Dallas. The flight from Mérida to Dallas is a short hop of less than 2.5 hours, a wee bit shorter than the flight between Dallas and Cancun. This particular route is operated by American Airlines in varied frequency, rotating between 6x weekly during the summer peak season and reducing to 1x weekly during the fall.

We were headed home on the July 4 holiday with a departure time just after 4 PM. The Mérida airport (MID) is quite small but for some reason international passengers are requested to check-in at the airport 2-3 hours before departure. We followed this advice although I am still unsure why this much time was needed.

Mobile boarding passes are not available at MID so you’re required to get a paper boarding pass at the check-in counters. There was only one other passenger checking in so we were on our way in about 2 minutes. We had at least 2 hours to pass so we headed over to the Caral VIP Lounge to relax. Keep in mind that the lounges are pre-security so you need to account for time to clear passport control and security when planning your lounge time.

As advised by the folks in the lounge, we headed to our boarding gate about 20 minutes before boarding time. We cleared passport control and security very quickly even though there was only one lane open. Our boarding gate was quite busy for this small airport. Our departure was a bit delayed but the gate staff didn’t communicate this to passengers. Ultimately, we boarded about 20 minutes.

Once Business Class was called for boarding, we headed down the jetway and board our A319. The Business Class (First Class when Domestic) is only 8 seats aboard American Airlines’ A319s. This creates a nice intimate cabin but if you’re awaiting an upgrade, it limits your opportunity for a seat! We were seated in 2A and 2C, the second and last row in the cabin. Pre-departure beverages were offered and I had a Dos Equis beer, the best option from a boring onboard beer selection.

We were up in the air a bit behind schedule but our pilot announced our route had been altered due to weather but it would ultimately help us arrive on schedule after all. The Business Class cabin flight attendant was efficient and all about business. He was polite but I wouldn’t say he was very friendly. Shortly after reaching 10,000 feet, the seat belt sign was turned off and our flight attendant started with beverages and warm nuts. After a beer-filled weekend, a glass of red wine didn’t sound like a bad choice. Dinner orders were taken and I opted for the five-cheese pasta, which was also the vegetarian option.

When dinner was brought out, I have to say I was pretty hungry. The pasta was actually quite good and while I usually don’t love in-flight salads, this one wasn’t bad at all. Our flight attendant made sure my wine glass (as well my water) were topped off. Trays were collected promptly as meals were finished.

Onboard Wifi was available and I planned to use it to catch up on some writing. T-Mobile recently partnered with Gogo to offer one hour of free Wifi to T-Mobile customers in-flight. However, the Gogo onboard Wifi does not work over Mexico so I was not able to access the Wifi connection until reaching U.S. airspace. Once the connection was up, the speed was decent.

We ultimately arrived in Dallas on time and taxied to Terminal D at DFW Airport. We deplaned and cleared customs very quickly. thanks to TSA PreCheck, despite the fact that several other international flights had just arrived as well.

Overall, while unremarkable. this was a pleasant, if short, Business Class flight from Mérida to Dallas. The crew could have a bit a bit friendlier but overall, it was pleasant. Airline food gets a bad reputations but I feel strongly that AA is working hard to gradually improve their in-flight dining.