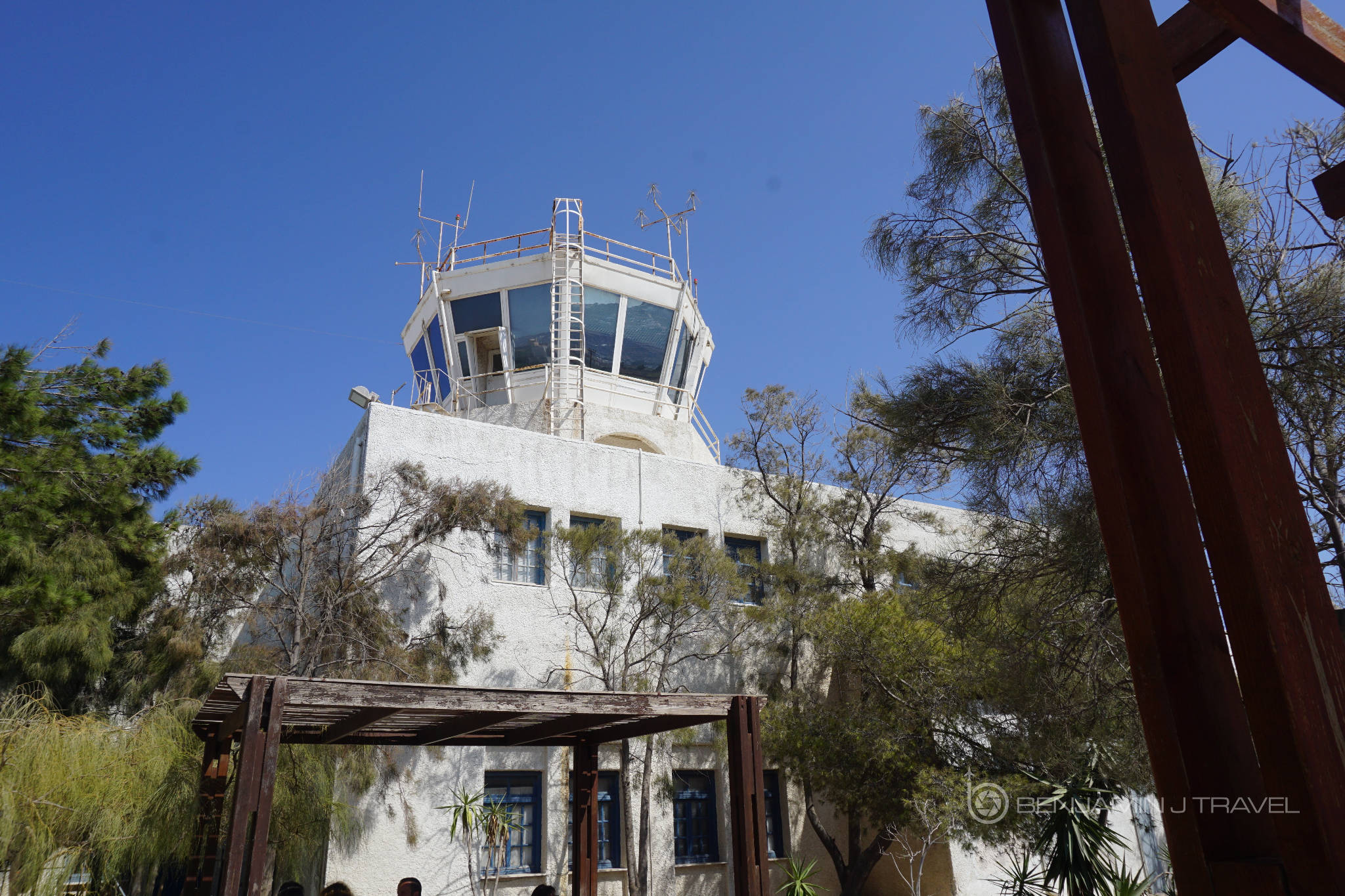 Santorini Airport is a very small airport for this very popular holiday destination. Traffic is very seasonable as much of the island closes down during the winter. Sometimes smaller airports can be more efficient but unfortunately, that’s not the case with Santorini Airport. Santorini is a wonderful destination and I have no doubt you will love it. But just be prepared for a possibly frustrating airport experience at this tiny aviation hub.

Our Arrival Experience at Santorini Airport

On our recent trip to Greece and Italy, we arrived in Santorini via British Airways. There was only one other flight arriving at the same time so we cleared customs in about 15 minutes. But, there was only ONE customs agent working the counter. He did have another agent help intermittently.

Once we cleared customs, we headed to the baggage claim where there is only one carousel. The carousel area was quite packed and it took a good 20-30 minutes to finally pick up our bags. The bags came out in waves from various flights with no rhyme or reason.

But once we had our bags, or arranged taxi drive was waiting right out front and had us in the taxi cab within 2 minutes which was a nice relief.

Our Departure Experience from Santorini Airport

There were about 75 people in line in front of us. The line did not begin moving until the check-in desks opened a little less than two hours before departure. The check-in line snaked through the departures hall, even cross other airlines’ check-in lines, causing a bit of confusion.

On top of that, there were several very rude passengers in our line that were cutting in front of other passengers. The line moved very slowly and many passengers were become quite frustrated that the line was moving so slowly. We ultimately didn’t reach the baggage check-in desk until 30 minutes before departure. 1 hour and 50 minutes in line!

While our arrival wasn’t too difficult, we had a bit of a stressful departure experience.

Here’s a few tips to reduce your stress at the Santorini Airport:

• Arrive Early on Departure: Yes, we did too but if you’re checking bags, it can easily take two hours. We waited 1 hour and 50 minutes in line and there will still people behind us waiting to check bags.

• If Possible, Avoid Checking Bags: This can be tough for a longer trip like ours, but if you don’t have to check a bag, you will avoid a majority of the depature stress. Plus you won’t have to await your bags on the carousel on arrival.

• Be Patient: This goes with all air travel experiences but you’re going to need a bit extra at the Santorini Airport. Customs can be slow and baggage check-in lines are very slow. Most airlines don’t have their own staff running operations at this tiny airport. Swissport is a management company hired to run most baggage drops and boarding gates.

• On Arrival, Your Bags Will Take a Minute to Arrive: This is a nother part where the patience will come in handy. Plan on your bags taking at least 20 minutes to come out on the carouse

• Transportation. Bus or Taxi? We arranged a private taxi on our arrival but rode the public bus system on departure. The bus is on 1.80 Euro per person each way to it’s a bargain compared to a taxi for 30 Euro. If you are staying near a bus stop and can leave a bit earlier, the bus is pretty efficient. Just be sure to check the bus schedule to make sure you leave on time and be prepared for the bus to potentially be crowded. The bus does not leave in regular intervals from Fira but rather is timed in waves around most airline departure times.

Santorini is a leisure destination so there will be lots of infrequent flyers who aren’t always well prepared. I can’t remind you enough to bring your patience. But as long as you’re prepared and patient, you’ll make it be on your way to wonders of Santorini in no time at all.

One thought on “Flying To Santorini Airport? A Few Handy Tips”