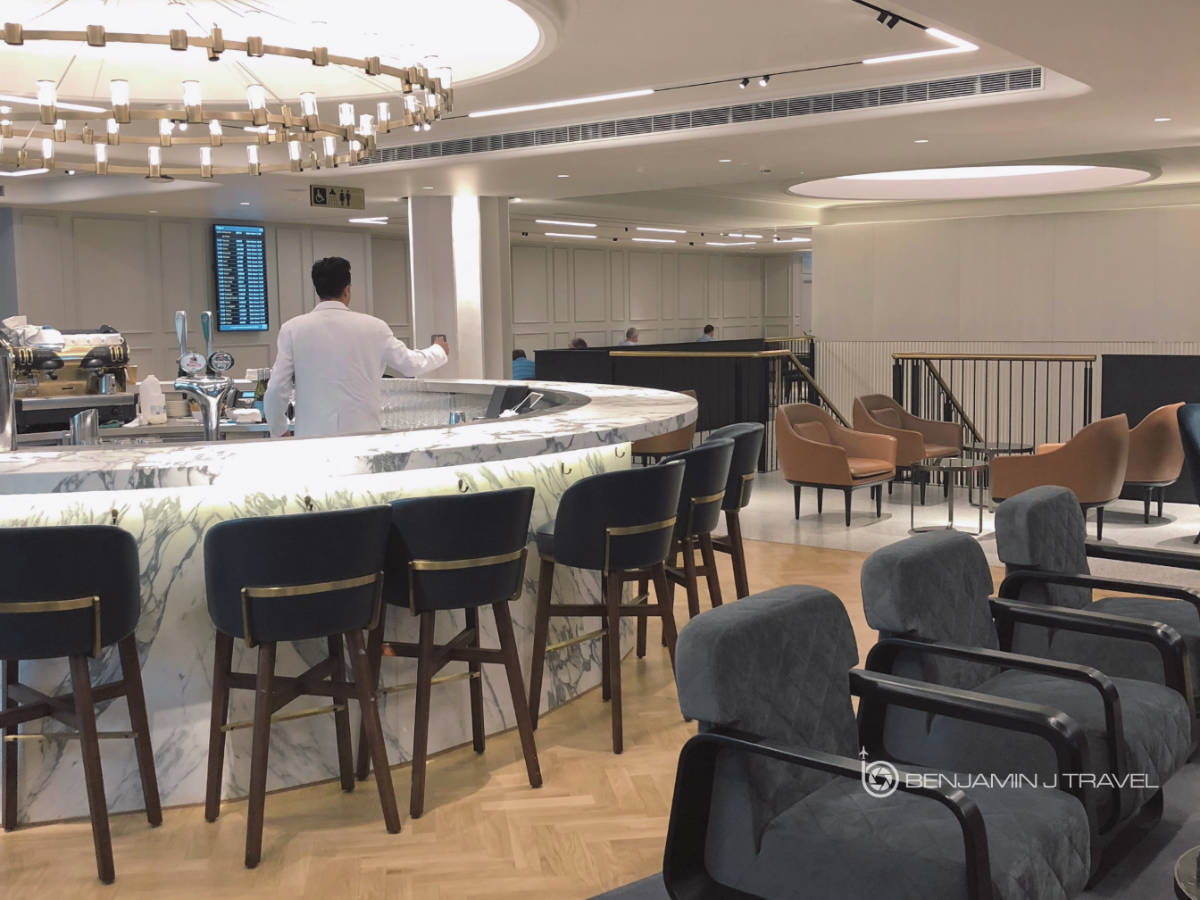 Making my way home from London to Dallas via Miami, I was surprised to learn that my British Airways flight would be departing from Terminal 3. While Terminal 3 is a bit dated, it does offer the best OneWorld lounges in London Heathrow. Not only would this give me a chance to grab a delicious breakfast at the Cathay Pacific lounge, but it’d also allow me to visit the The Qantas London Lounge for the first time.

The bar was staffed at 8 am and I started with bubbles before wandering around the lounge. There’s a la carte dining service available on the lower level but I didn’t take up this option although Qantas dining is generally delightful. For self-service dining, there’s a nice selection of breakfast and brunch offerings upstairs. There’s also a few self-service drink and snack stations throughout the lounge.

In typical, Qantas fashion, the space at The Qantas London Lounge is incredibly stylish with warm tones and stylish yet comfortable seating.  The design is a bit of the refresh of the Marc Newson designed Qantas First lounges in LAX and Sydney. There are some similar finishes but the London lounge certainly is a design of it’s own.

I’m curious to see what the lounge is like at other hours but I found there to be plenty of options for privacy in the lounge space. There are showers available although I wasn’t in need of one on this particular morning. The toilets are spacious, private, sparkling clean and well-appointed.

Bottom line, The Qantas Lounge London is an impressively designed space with high end amenities a nice food offering . While the staff was polite, the service in the lounge could be improved. In comparison to the staff at the neighboring Cathay Pacific lounge, the Qantas staff came off as sterile. But it clearly shines over the sad British Airways Galleries Lounge down the hall.

Qantas is making big investments in the ground experience at London Heathrow. While Qantas has always had a presence in London, the introduction of the nonstop Perth to London service has accelerated the demand for premium ground services at London Heathrow. Nonstop service from London to Sydney and Melbourne is feasible in the near future and that demand will only grow.