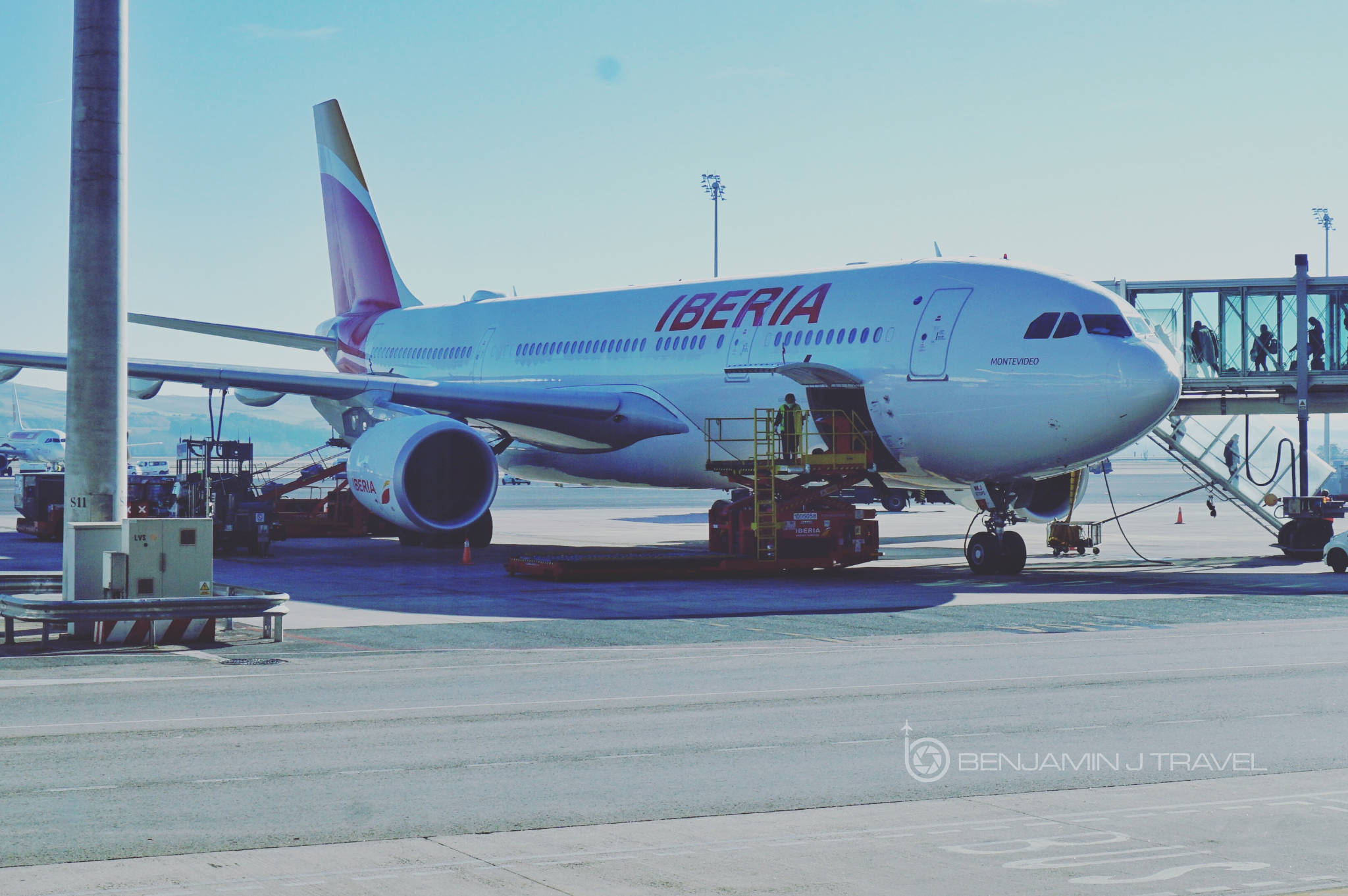 With just about airline around the world offering or getting ready to introduce “basic” fares, Iberia was early to the party on offering these fare bargains. Like most basic fares, Iberia Basic fares doesn’t include perks like checked bags, seat selections, or refunds.

When planning our recent trip to Brussels, we booked a one-way cash ticket on Iberia from Madrid to Brussels. The cheapest option by far was the “Basic” fare which doesn’t include a checked bag. We were both going to be checking a bag since this was a longer trip. Both Chris and I have OneWorld elite status with Chris having Ruby and myself having top-tier Emerald status. The Iberia website gives some detail on how checked baggage works for OneWorld elites. It would appear that OneWorld Ruby (non-Iberia elites) would not be eligible to receive a free checked bag on basic fares.

I called Iberia customer service before booking our ticket to clarify how the baggage allowance works for OneWorld elites on Iberia Basic fares. The representative I spoke to seemed to think that OneWorld Ruby passengers would be entitled to a free checked bag on a Basic fare within Europe. I wasn’t entirely convinced but I booked the two Basic fare tickets anyway. The fare difference between a Basic and Classic fare (which include a free checked bag for all passengers) was slightly more than the baggage fee anyway.

So What was the Actual Result?

When checking our bags at Madrid airport, we headed to the Iberia Priority check-in desk. The agent was very friendly and she first tried to check both bags under my name since I’m OneWorld Emerald. The system would not allow her to do this for free so she split our bags under each name. After some waiting, she came back and said that Chris as a Ruby elite was not eligible for a free checked bag on a Basic fare. So we had to hand over €35 for his checked bag.

So there you have it, folks. Only Sapphire and Emerald OneWorld elites plus Iberia’s own Silver and Gold elites receive a free checked bag on Iberia Basic fares. This wouldn’t be the first time I’ve received conflicting information from Iberia and it probably won’t be the last.