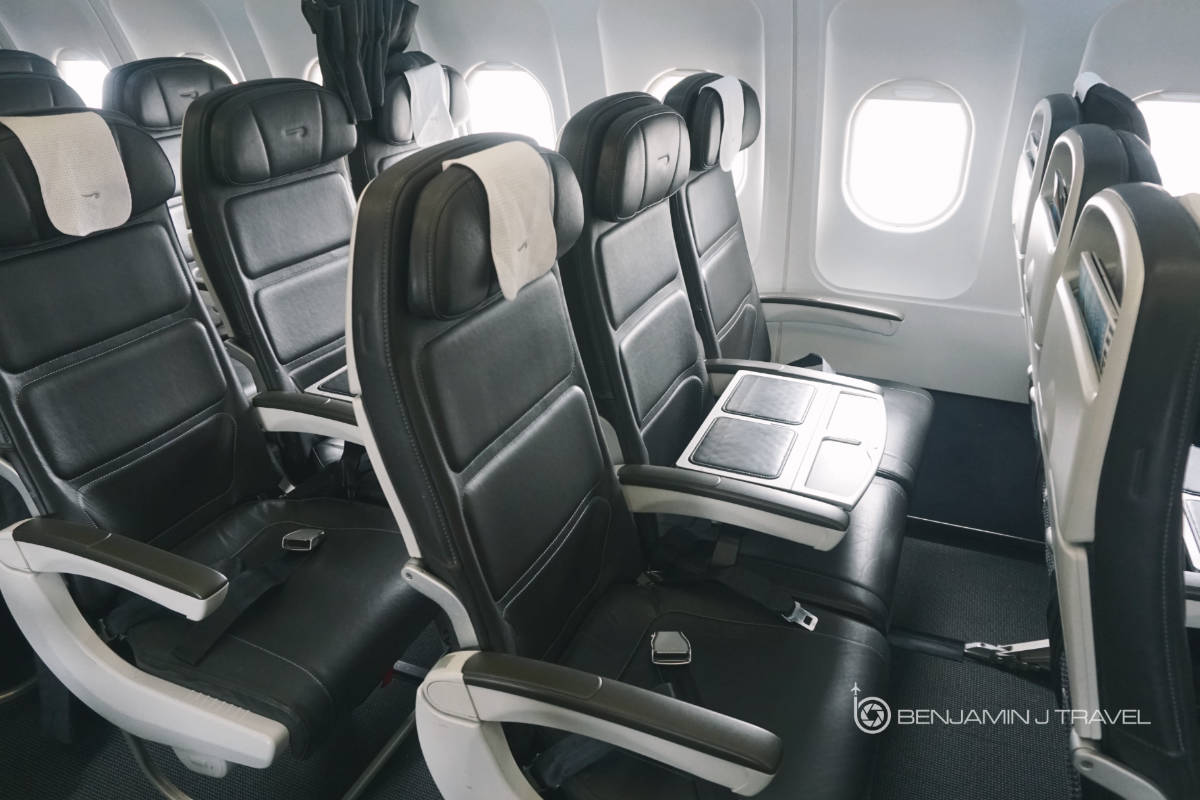 After a nice Business Class flight with American Airlines from DFW to London, the final leg of my journey would be from London Heathrow to Madrid. I’d be flying about British Airways in Club Europe aboard an Airbus A321, a workhorse of BA’s intra-Europe fleet. I had about a three hour layover at Heathrow and I spent most of my time in the Galleries First Lounge in Terminal 5. Although, ideally, I would have rather spent my time in the Cathay Pacific lounge in Terminal 3.

Our gate was announced about 30 minutes before departure from Gate A5, a short  5 minute walk from the lounge. Boarding started a bit late and the boarding area quickly became a bit hectic once boarding began. I boarded in the Priority group which includes Club Europe and British Airways or onewold elite passengers. I was one of the first few passengers on board. Upon boarding, Annette, the in-flight manager was very friendly and welcoming.

Boarding was mostly orderly and the Economy cabin was nearly full while Club Europe was only about half full with rows 1-3 mostly occupied and myself the only passenger in row 4. There were no passengers in row 5. I took my seat 4F and settled in my bags. There was plenty of overhead bin space.

British Airways’ Club Europe is typical of European Business Class with a 3-3 configuration with the middle seat blocked. The legroom is identical to Economy Class so it’s a bit tight. I do like that there is a tray table in the middle seat in Club Europe to provide an extra workspace or place for your drink. There are no power ports on the A321 in any class nor is WiFi service offered.

We pushed back from the gate on time but as usual had a very long taxi and wait on the taxiway at Heathrow. We had a smooth climb out of London and the seat belt signs were turned off within 10 minutes of takeoff. Anette would also be serving up front in Club Europe. The in-flight service began with beverages and snack mix so I started with a ginger ale.

About 20 minutes later, the main lunch service began where two choices were offered: tea sandwiches or a boiled egg and cold cuts. I opted for the cold cuts as the tea sandwiches can be a bit random in offering. Additional beverages were offered and I had a glass of merlot and still water. The food was a decent snack with a nice presentation for a short flight. But my favorite part was the pastry with clotted cream. Yum!

Service items were collected in a quick manner and drink refills were offered. Duty free items were promoted by one of the crew members as typical on British Airways. Once lunch service was over, I dozed off for a 40 minute nap before we began our final approach into Madrid.

We arrived in Madrid just about on time on this quiet Sunday afternoon. We arrived at our gate at Terminal 4S and deplaned rather quickly. The crew thanked everyone on the way out to the jet bridge. Ultimately, it was an overall pleasant flight with a great in-flight manager who offered friendly, attentive service. I don’t get excited about the seat on Club Europe but I can generally look forward to decent meal and polite crews with British Airways.