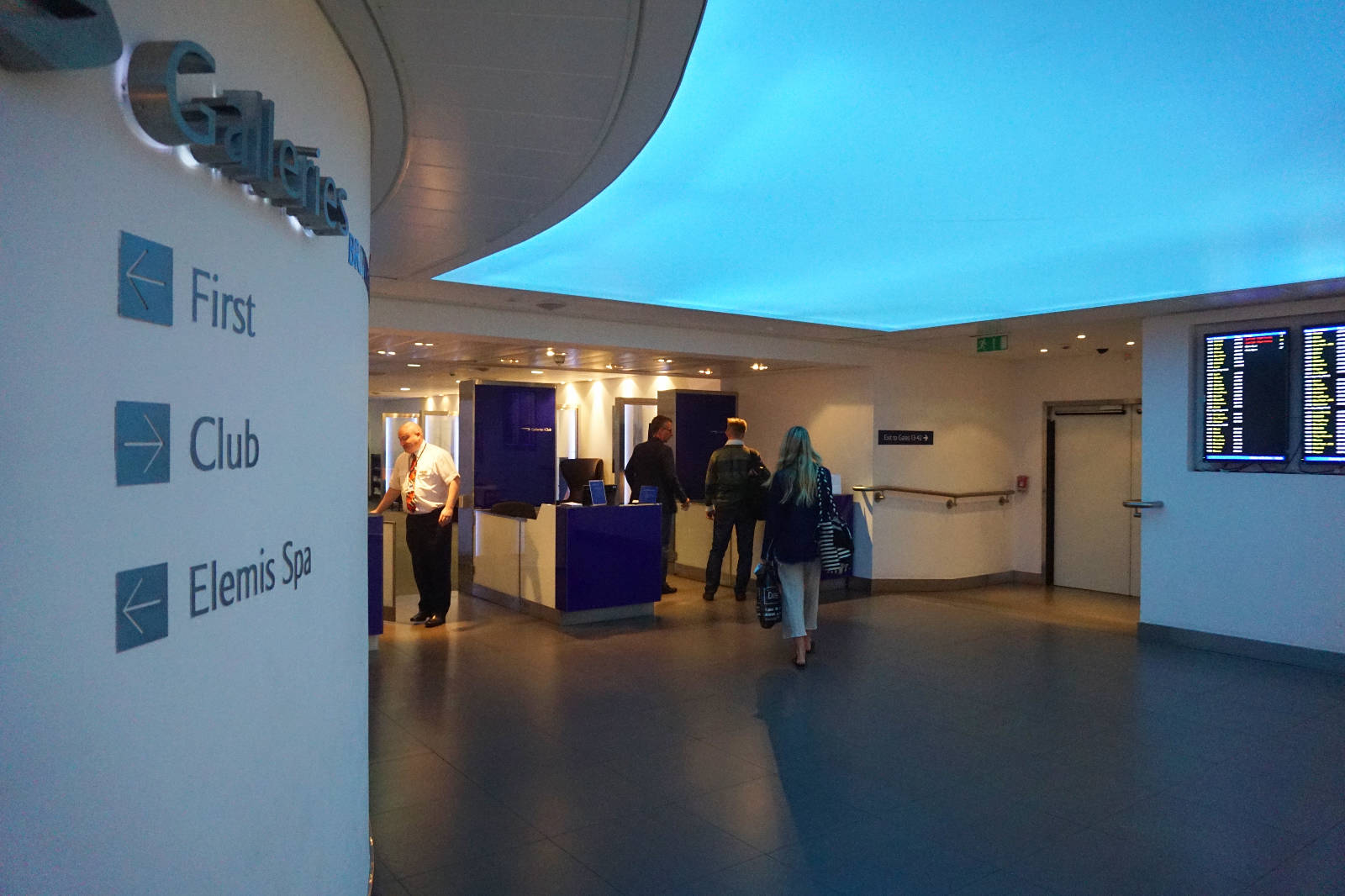 This review covers the British Airways Galleries Club Lounge at London Heathrow Airport in Terminal 3. There are several Galleries Clubs at LHR. Please check BA.com for a full directory.

After a nice, long transatlantic flight from Dallas to London aboard British Airways in Club World Business Class, we arrived at LHR’s Terminal 5. While British Airways is the exclusive operator of flights at Terminal 5, they are also operate a number of flights from Terminal 3. Terminal 5 is newer and more modern but also incredibly crowded. I reviewed the Terminal 5 South Galleries Club Lounge a few weeks ago and was left pretty disappointed. On that previous trip, I arrived into Terminal 3 with a connection to Madrid in Terminal 5. This time, we arrived at Terminal 5 and out connection to Budapest was departing from Terminal 3.

With quite the long connection at 5 hours, we made the tedious bus journey from Terminal 5 to Terminal 3. Bus transfers at London Heathrow or notably exhausting with long lines, crowded buses and surly security staff. Our transit was ultimately a fairly painless one, taking about 25 minutes.

The lounges in Terminal 3 are located right near the transfer bus arrivals area. For OneWorld carriers, this includes the British Airways, American Airlines, and Cathay Pacific lounges along the same hallway. As of June 2016, the Cathay Pacific lounge is temporarily closed for renovations. Ideally, I would loved to have visited the Cathay lounge as I’m always a fan of their lounges.

On the date of this trip, I was OneWorld Sapphire which gives me Business Class lounge access on international itineraries. We also received complimentary access for flying in Business Class. As of writing, I am now OneWorld Emerald which now allows me access to First Class lounges.

On arrival at the lounge check-in desk, there was no line and the staff was polite. The First Class lounge entrance is to the left and the Business Class lounge is to the right. The Elemis Spa and shower suites are located between the two entrances. We checked in to the Business Class Lounge but decided to immediately freshen up with a shower. It’s a little annoying that you have to leave the lounge to access the spa area.

Feeling refreshed after the shower, we headed over to the main Business Class lounge area. The lounge is quite large with lots of open seating areas as well as more private areas. This lounge is a bit dark with low ceilings and fewer windows than the lounges at Terminal 5. At the very back of the lounge, behind the self-serve bar, there is a nice private sofa seating area. I find this to be the best spot in the lounge for quite and privacy.

WiFi speed in this lounge was tolerable but the Galleries lounges still lack a decent amount of power outlets. The area where we were seated had a decent amount of outlets but most of the open seating areas lack electrical outlets.

Galleries clubs generally have a good variety of both hot and cold food and this lounge did as well. Food quality was moderate but not stellar. I like the indian hot dishes best. The hot buffet is at the front of the buffet with the large common dining tables but there are snack stations spread throughout the lounge. There’s not many staff around this lounge but overall the lounge was kept in an orderly shape for such a busy place.