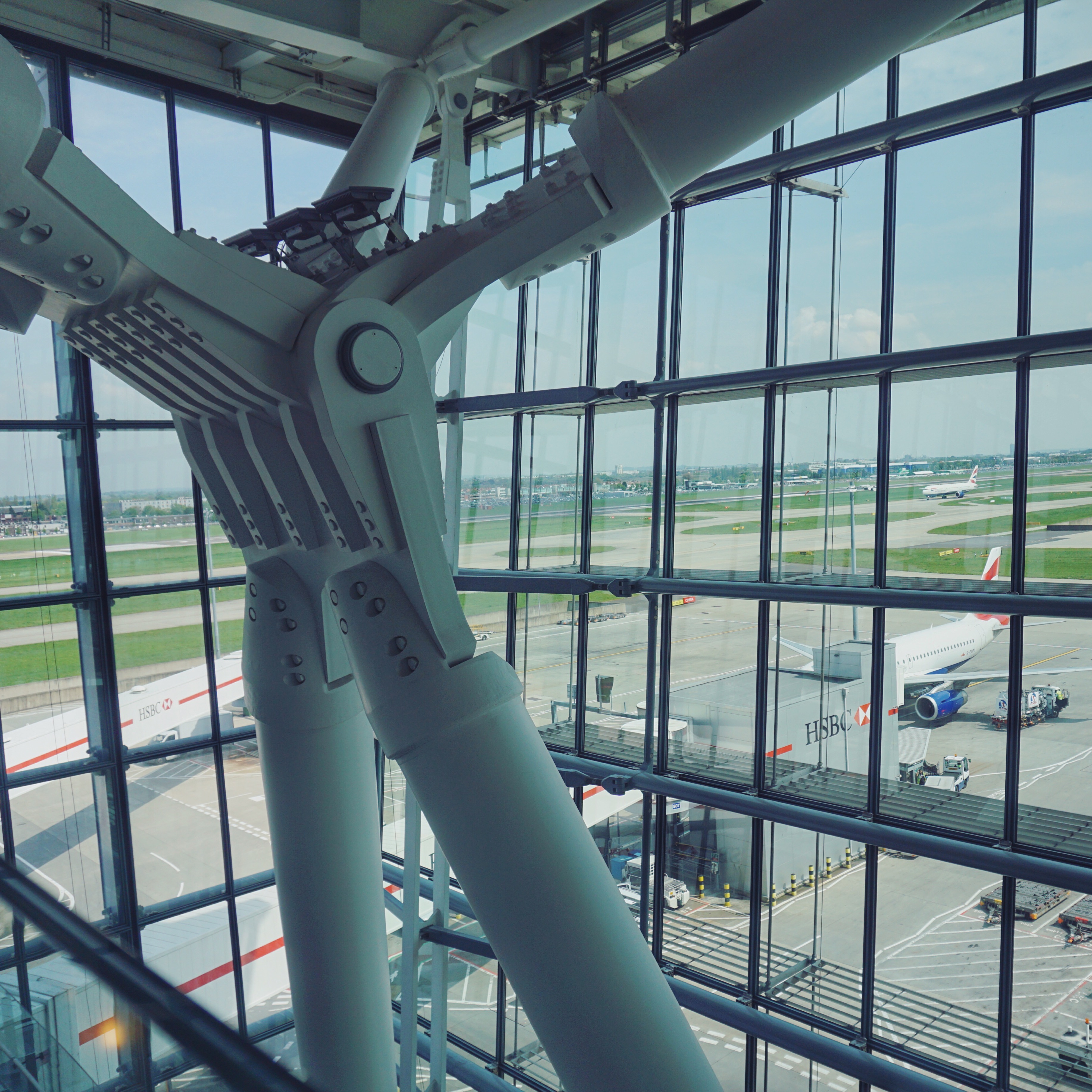 After a nice Business Class flight from Dallas to London, I faced a somewhat lengthy connection at LHR. American Airlines serves Terminal 3 at LHR and since I was connecting onto British Airways at Terminal 5, that meant a lovely bus transfer for me. Fortunately, time was of no shortage. After about 30 minutes of bus rides and clearing LHR security, I was free to roam Terminal 5.

In case you’ve never been, LHR is never a quiet place. It’s practically it’s own 24-hour city. I had hoped to spend some time in more than one lounge but ultimately, I settled for my whole layover at the British Airways Galleries Lounge in the North Concourse of T5.

On first impressions, check in was quick although the staff didn’t say much. The lounge is quite large with room for about 400 travelers although it’s actually smaller than the Terminal 5 South lounge which almost twice the size. The decor is tasteful overall with hues of cream, blue, and silver. Very British Airways.

I was fresh off a 9.5 hour flight from Dallas so a nice shower was in order. I checked in with the grumpy attendant. I already could tell this wasn’t going to be a Cathay Pacific shower suite experience. She checked me into a “suite” and while the hallway was decorated similar to the rest of the lounge, I was bit surprised at the actual shower. I wasn’t sure if I had perhaps stepped into an airplane lavatory instead of a lounge shower.

Everything floor to ceiling was a nauseating off-white/beige with unflattering lighting to match. There wasn’t room for bags, fortunately I was only traveling with a backpack that I could hang on the one small wall hook. There was no bench but there was a stool that retracted from the wall. A stool that looked like it belonged in a camper. Or a truck stop.

I took a shower and freshened up. The counters were tiny and it was hard to find space to set anything on the counters. There was also no air circulation. I was just about ready to get out there and relax in the main lounge.

At first, I headed towards the “patio” near the corner of the lounge. While this isn’t actually outdoors, you head through a door that leads to a large terrace overhanging the a corner of Terminal 5. It’s a bit less crowded than the main lounge area but there are no amenities. I snapped a few plan photos before heading back to the main lounge area.

The main buffet area intersects right with the entrance of the lounge. Consequently, this results in traffic chaos. I wasn’t very hungry so I didn’t try the food from the hot buffet. I did wander around and check out the beverage and snack selection. The wine selection was rather nice although 9 AM was a tad too early to indulge.

Decorative dividers break up the main lounge with self-serve beverage bars every 100 feet or so. Serving areas with light snacks were also available throughout the lounge along with cappuccino and coffee makers so one could avoid the crowds of the hot food buffet.

While quite full overall, there were a few private cubbies to be found in the main lounge. Privacy is added by the dividers throughout. I found a nice spot to enjoy a coffee and pastry while catching up on some writing. I did however, find the WiFi incredibly slow. It became a challenge to keep a consistent connection. There were also very few power outlets. My adjacent seat mate also took the pleasure of removing his shoes and places his feet on the coffee table.

The other annoyance was the stagnant air flow and very warm temperature. I understand that keeping a room cool with nearly 400 people in there can be a challenge but it as close to unbearable. I overheard several passengers commenting about the warm nature of the room.

I hate to say but this lounge was rather unimpressive. Part of the reason one heads to a lounge is to avoid the chaos of the main terminal. I don’t feel as if I was getting away from the crowds or discomfort of the main concourse. The warm temperature, the tacky shower, and uninterested staff added up to a sour experience for me.

I’ll be at Heathrow in about a week again and I’ll definitely be headed to a different lounge option.

What has been your experience with the Galleries Lounges at Heathrow? Would love to hear your feedback in the comments below!