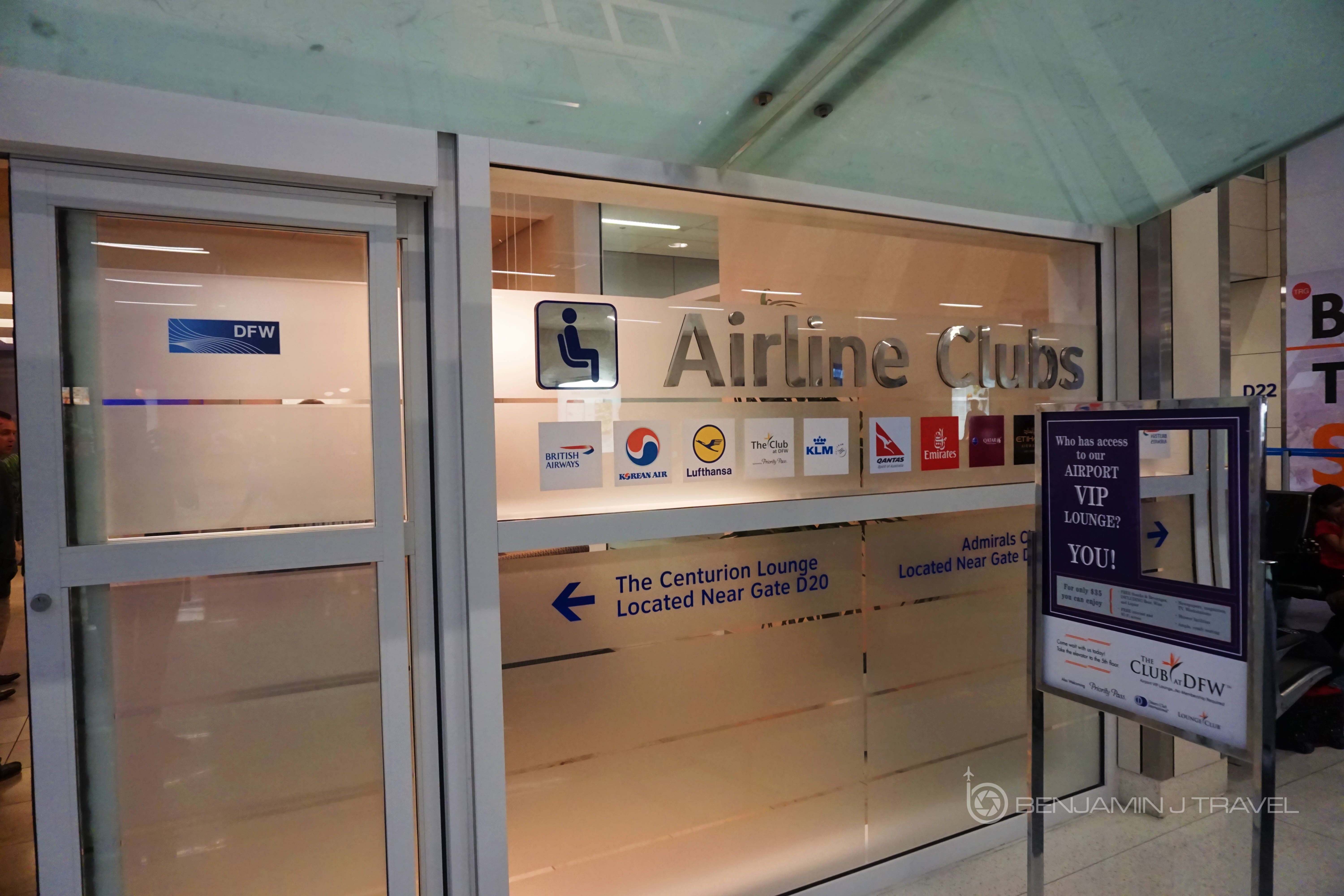 We had started our pre-departure routine with the Centurion Lounge, which was painfully overcrowded. So we decided to head over to the BA Lounge. I have access to this lounge through Priority Pass regardless of airline or class of service but on this particular visit, we had access thanks to flying Club World with British Airways.

On this particular day, the British Airways lounge was in Club 5, which is at the end of the club hall. We checked in at the front desk with our boarding passes and the check-in staff directed us to the assigned club. Especially during peak departures in the late afternoons, these lounges are capacity-controlled for particular airlines. So if you’re a Priority Pass customer, it’s possible to be turned away during peak hours.

When we first arrived in Club 5, the lounge was quite empty, less than 90 minutes before boarding time. The club faces the tarmac outside Terminal D, a similar view to the Admirals Club at Terminal D. This offers some fantastic planespotting views! The downside however, is the west facing windows make the seats near the windows quite warm. We originally took seats near the windows but moved due to the quickly warming seats.

There are three seating areas in Club 5. There’s the main room where the food and drinks are located, plus two smaller rooms that are a bit quieter. However, overall, I found this lounge to be very quiet. There are self-serve alcoholic drinks plus a variety of hot and cold bites like soup, sandwiches, and chips. The selection isn’t much to rave about but it’s a decent pre-flight snack.

There’s a good amount of comfort in this lounge with lots of cozy armchairs, each equipped with a nice tray table pullout so you can snack or work on a laptop quite easily. The WiFi is reliable and fast but this is expected at DFW, one of the best airports for WiFi. Power outlets are very plentiful and easy to find.

Overall, if you’re seeking a quiet place to relax before your flight, the British Airways Lounge at DFW is a decent option. It’s not the swankiest club but it’s generally uncrowded and peaceful. It’s the kind of lounge that’s good for catching up on work before departure. And if you’re a Priority Pass member, it’s a nice option in the network.