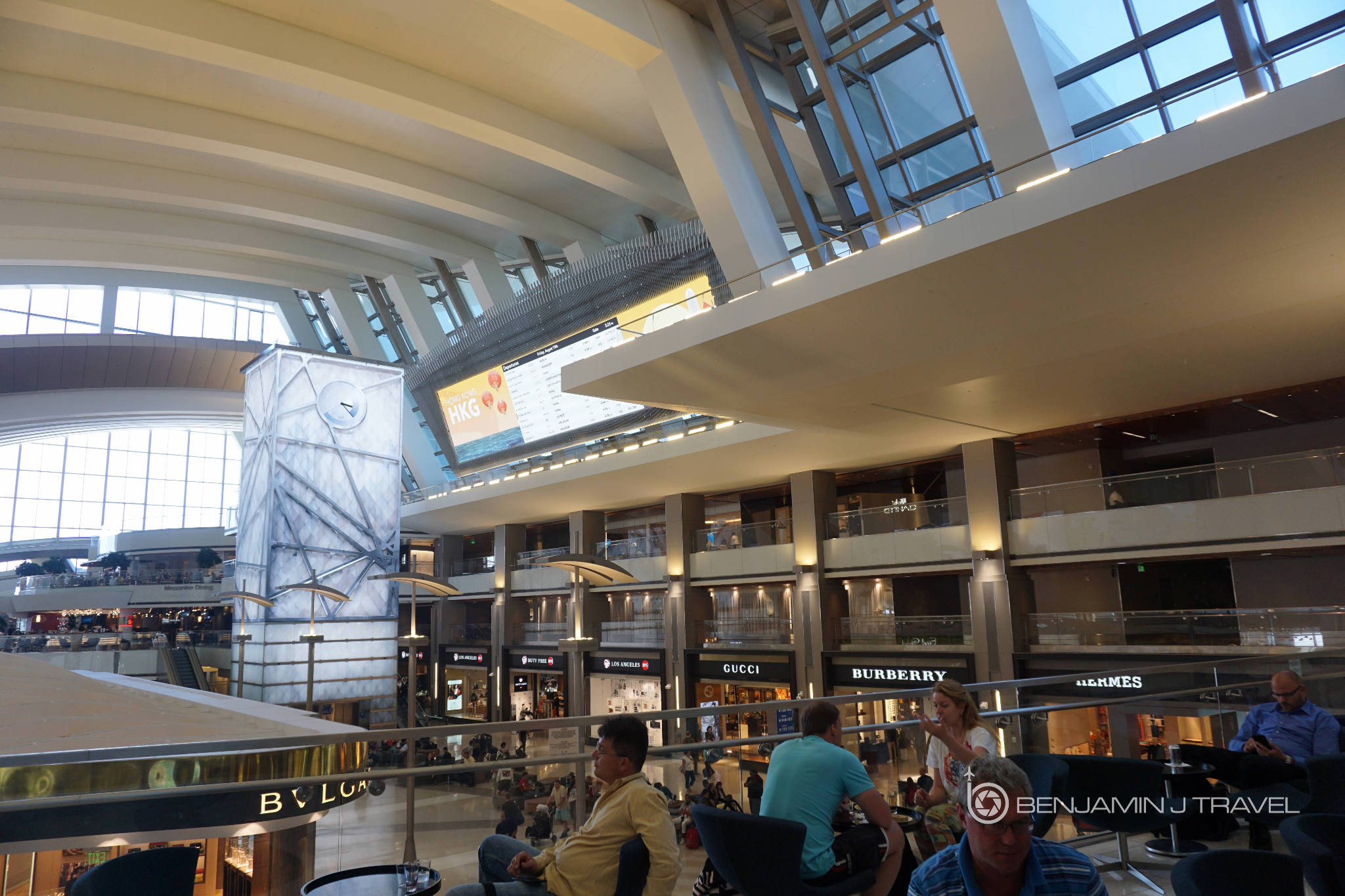 Ready for some relaxation before my departure for London, I headed to the KAL Lounge LAX in the Tom Bradley International Terminal (TBIT). Since I was traveling on two different airlines on this journey, I gained access thanks to my Priority Pass membership. This lounge serves premium SkyTeam passengers in addition to Priority Pass members.

Note: If you are accessing the KAL Lounge LAX using Priority Pass, you can only access the lounge between 12:00 PM and 8:00 PM daily. You will be denied entry outside these hours. See Priory Pass for more details.

The check-in desk was a bit crowded at first impression. But here was a couple having a meltdown for being denied access so I think that made things appear more chaotic. Ultimately, I was able to check in quite quickly.

Even though it was a peak departure time, the lounge wasn’t too full; about half full. I had about an hour to spend in the lounge before boarding time. Since I had worked a partial day in the office and had a long journey ahead, I decided to take quick shower to freshen up. I headed back to the front desk to request a shower suite. There are only 3-4 shower suites so I was happy to snag one right away.

The shower suite is extremely spacious even if it isn’t the most luxurious. Amenities are fairly sparse with only cotton swabs, soap, and shampoo. There was a basic hair dryer and standard sized shower with a fabric curtain. The shower had a decent double shower head but it’s no Cathay Pacific shower! I did appreciate there was space to store my backpack without having to lay it on the ground.

After a quick shower, I had about 30 minutes to grab a snack and check some emails. The snack selection is average with pretzels, chips, fruit, sandwiches, and instant udon noodles. It’s better than the average US domestic lounge on food selection but the food and drinks are quite spread out. The food and some drinks were in one interior room while the self-serve alcohol and orange juice were on the bar by the balcony.

There’s not any great tarmac views as the windows of the lounge overlook the terminal concourse, not the exterior of the terminal building. However, TBIT is one of the most beuatiful terminals in my opinion so the views of the TBIT interior isn’t too bad. The KAL Lounge LAX has a large balcony area that opens over the terminal concourse.
The WiFi was average on one side of the lounge but on the other, it was completely unusable. There’s no password so anyone in the terminal near the lounge can access the WiFi. I ended up just logging into my Boingo account and using the main LAX terminal WiFi as it was much faster.

I spent the last few minutes of my lounge time on the balcony. There’s no shortage of people watching at LAX and the balcony at the KAL Lounge LAX is the perfect spot for this. This lounge only remained about half full which was nice. Don’t expect much in terms of service but it’s a decent Priority Pass lounge to nosh and charge your devices.