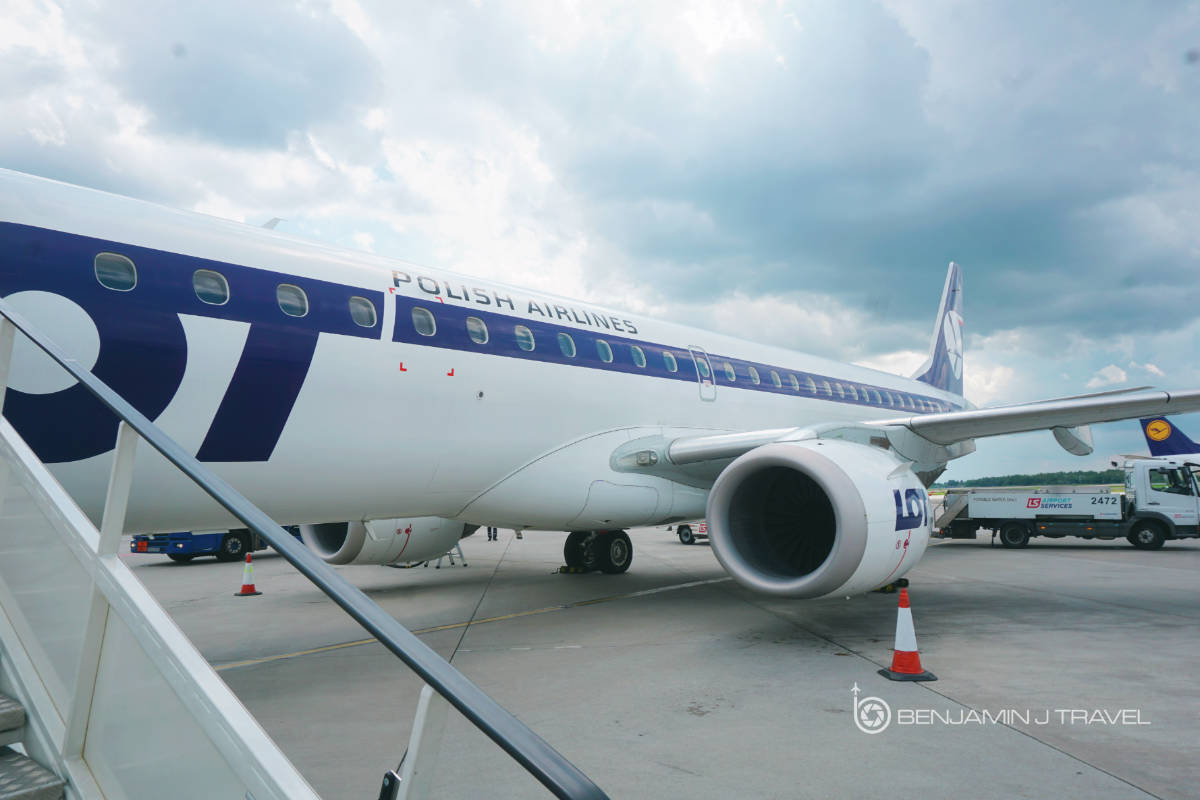 During boarding, pre-departure beverages were offered including water and orange juice. Complimentary newspapers were also offered. Packaged towelettes were offered instead of hot hand towels. The flight was about 70% full with Business Class about half full.  Boarding was prompt and we were soon ready for departure. Glasses were collected and we had a quick taxi and takeoff from Brussels.

About 15 minutes after departure, we had reached cruising altitude and the in-flight service began. The purser brought out the service cart with beverages offered and then took orders for their brunch service. For there was a choice between a plum omelette or baked eggs with ham for the main course. I opted for the plum omelette which was served with a shaved ham, egg, and pear starter and fresh fruit. Paper menus were handed out so you could identify each course.

Everything was served on a single tray and well presented. The starter was interesting but not bad. The omelette wasn’t great but not necessarily terrible. The plum sauce was very sweet, it was almost like a dessert. Coffee and Lindt chocolate truffles were also offered. The crew was very friendly and attentive, offering many beverage refills. Service items were collected promptly. About 20 minutes before landing, any final glasses or trays were collected as we began to approach Warsaw.

We touched down in Warsaw and had a quick taxi to our gate stand. Most regional planes have remote gates at Warsaw Airport or at least that has been the case for me each time I’ve been there. The purser held the curtain closed to allow Business Class passengers to deplane and we were thanked for our business. We were then directed to a smaller van dedicated to Business Class and Premium Economy passengers. Since there was no Premium Economy Class cabin on this aircraft, the van was dedicated for the handful of Business Class passengers on this flight. The dedicated van was quite nice as we were driven to the terminal in under a minute after a quick drive across the tarmac.

This short LOT Polish Business Class on the Embraer 195 was quite pleasant. For a flight time of 100 minutes, the flight was quite full service. The crew was friendly and attentive and the express ground transfer was a nice surprise. Even though the meal was average on taste, the meal was robust and presented nicely. LOT Polish isn’t an airline that gets much attention but I was left impressed on this short intra-European flight.