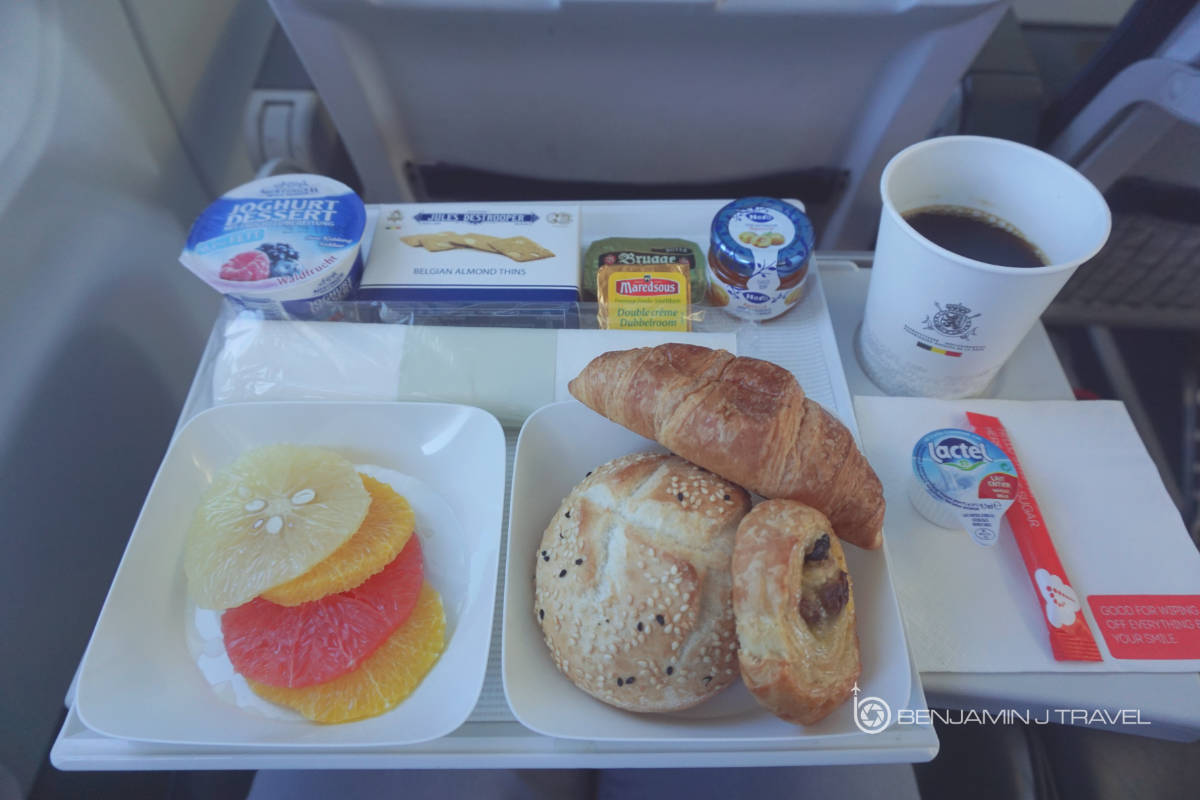 As much as I hate early flights, my itinerary left me with little choice but a 6:40 AM departure from Marseille. I took an Uber from my Airbnb rental in Aix-en-Provence and arrived at the Marseille Airport around 5:20 AM at Hall 1. The check-in desk gave me a voucher that provided me access to Fast Track security although the airport was so empty at this time that it didn’t save me much time.

There is lounge access available in Hall 1 for premium passengers but none of the lounges were open yet at this early hour so I kept myself entertained at the boarding gate. Boarding was due to start at 6:10 AM but did not begin until about 6:25 AM. Once boarding was called, nearly every passenger rushed the gate but the gate agents held open space for Business Class passengers to board.

Like most European carriers, Brussels Airlines’ Business Class on the A319 is in the same 3-3 layout as Economy Class but with the middle seat is blocked for extra comfort. This makes the Business Cabin layout size flexible based on demand. But unlike many carriers, there is no curtain between Business Class and Economy Class. There is simply a placard sign demarcating each “cabin”. As this flight wasn’t particularly full, only the two front rows were designated as Business Class.

I was in seat 2A with only 3 of the 8 Business Class seats occupied. Legroom on the A319 in Business Class is the same as Economy Class so it’s nothing special. But thanks to the empty cabin, I had plenty of room to myself. The middle seat is kept empty but there is tray in the middle seat like in Club Europe on British Airways. There is are no power outlets or WiFi aboard the A319 with Brussels Airlines.

Boarding was quick as the flight was less than half full. Water bottles were handed out to the passengers in Business Class during boarding. Our taxi was quick as there weren’t many flights departing from Marseille at this early hour. The safety video played during our taxi which I thought was very adorable. We were soon in the air and we climbed out over the coastline of the Côte d’Azur.

We soon reached our cruising altitude and the flight attendant up front came around with hot towels in Business Class. Short after, the breakfast meal was brought out on trays and beverage orders were taken. Breakfast consisted of several pastries, fresh fruit, and yogurt. An assortment of jam and butter and almond thins were also handed out. For such a short flight, I thought the presentation was cute and thoughtful. I loved all the Belgian touches to the meal service items. The food was tasty as well but the coffee could have been better.

After breakfast trays were collected, the purse came by and offered Neuhaus chocolates which was nice. Beverage refills continued to be offered up until the last 15 minutes of the flight as we approached Brussels. We had a bit of a hold over Brussels but soon found ourselves on the ground just a bit behind schedule. We taxied to our gate were quickly on our way down the jet bridge. The crew politely thanked passengers for their business with Brussels Airlines.

What has your experience been with Brussels Airlines? Would love to hear your feedback in the comments below.