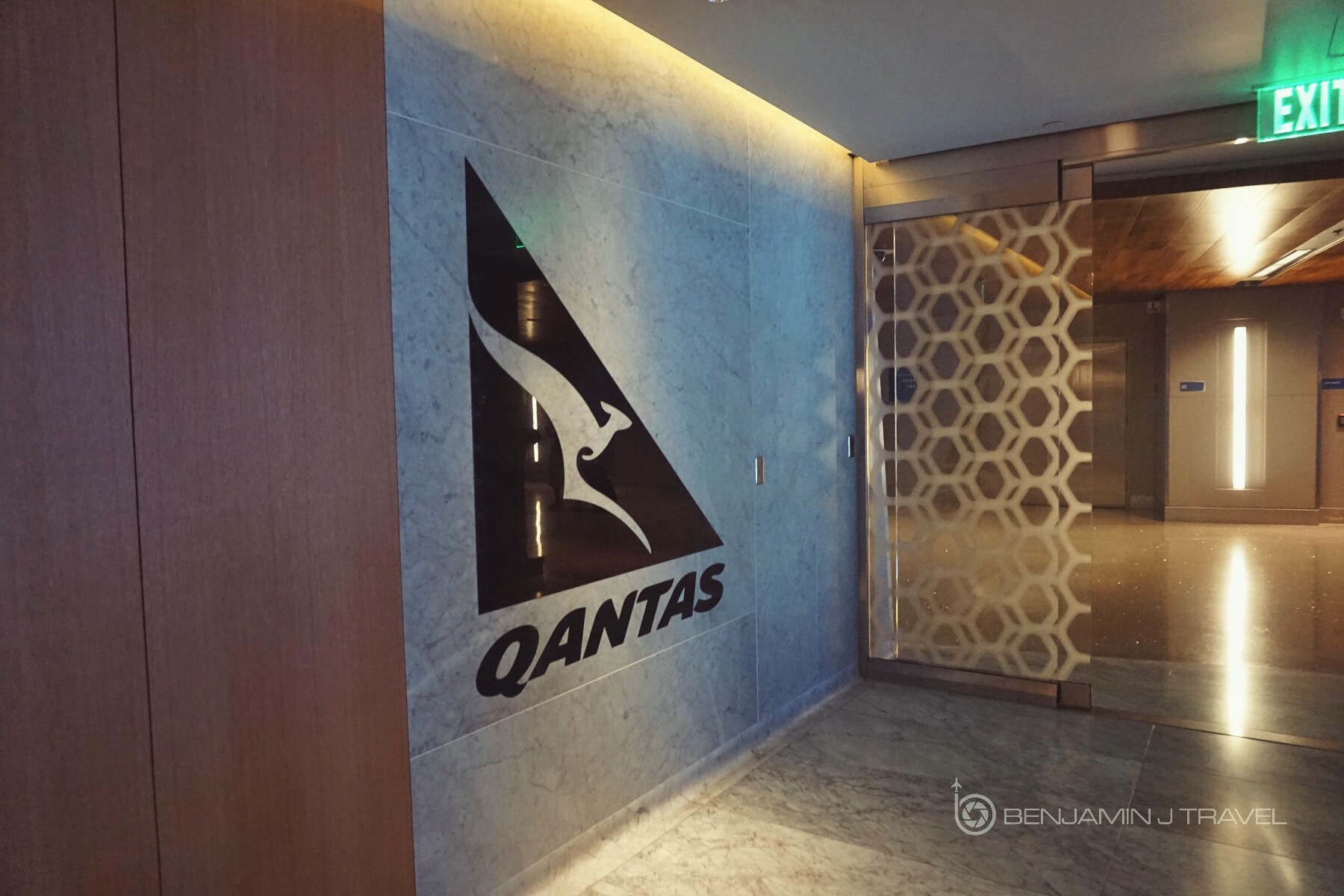 I can’t count the number of raving reviews about the Qantas First LAX lounge in Tom Bradley International Terminal at LAX. Naturally, my expectations were high on my first visit to this lounge. I had just flown into LAX from DFW on an older 777-200 in the old Flagship First suites.

Welcomed by a stylish entrance of of glass, marble, and a big kangaroo, my first impression of the lounge was the check-in staff. The two male agents operating the front desk were jovial and welcoming. The agent who checked me in even took the time to give me a quick overview of the lounge’s amenities. Throughout my visit to the Qantas First LAX lounge, I did take note how friendly every staff member was.

I spent a long day at the office before my DFW to LAX flight so I wanted to take a shower first thing. Plus, before a 15 hour flight to Hong Kong, I want to start the tourney refreshed. The shower suites are located at the very rear of the lounge and I was able to snag a shower suite right away. Notably, the shower suite was enormous, and tiled in white from floor to ceiling. And while it was very clean, the style wasn’t much to rave about. Still, it sure beats one of the tiny shower suites at British Airways’ Heathrow lounges.

After a shower, I headed to dining room for a light dinner. I just wanted to sample a couple of items as I’d had an earlier dinner on my DFW to LAX flight. The lounge was quite full so larger parties were being asked to come back later. As I was traveling solo, I was able to snag a seat at the bar right away. The crowded nature of this lounge was an ongoing theme. Due to the heavy volume of international departures

Menus were laid out at the bar and the bartender walked me through some suggestions on the menu. I started with the hamachi (fish) starter which the bartender said was a favorite. While the presentation of the hatch was lovely, it was a bit boring on taste. I then moved onto the skirt steak with fries. I’d ordered the steak medium but sadly it came out very well done. I finished my bar visit with a non-alcoholic cocktail of ginger-ale and pineapple.

I had still quite a bit of time to pass before my flight to Hong Kong so I headed to the main seating area of the lounge which was quite crowded. I snagged one of the last empty armchairs in the main seating area. There were even announcements made over the intercom asking guests to keep bags off chairs to make room for other people.

While the restaurant-style dining is the star of the lounge, there are also some self-serve snack areas sprinkled throughout the lounge. The lounge itself is stylish but I think I was expecting a bit more. Don’t get me wrong, it’s a very nice lounge. But after all the rave reviews I’ve read about the Qantas First Lax lounge, there was a bit to be desired. The Qantas First LAX lounge dining doesn’t even to compare to Cathay First lounge dining.

So what’s my overall impression? One the bright side I enjoyed the friendly staff and hip style of the Qantas First LAX lounge. It’s an overall very nice lounge with some great style and amenities. However, I was a bit let down by the food and heavy crowds and the lackluster dining.

I’ll have to make a return visit again to give it another run during the day to see how it compares. With so many late night departures from TBIT, it’s expected to have quite the crowd from the late afternoon until well after 10 PM.

What do you think of the Qantas First LAX lounge? Share your thoughts in the comments below!