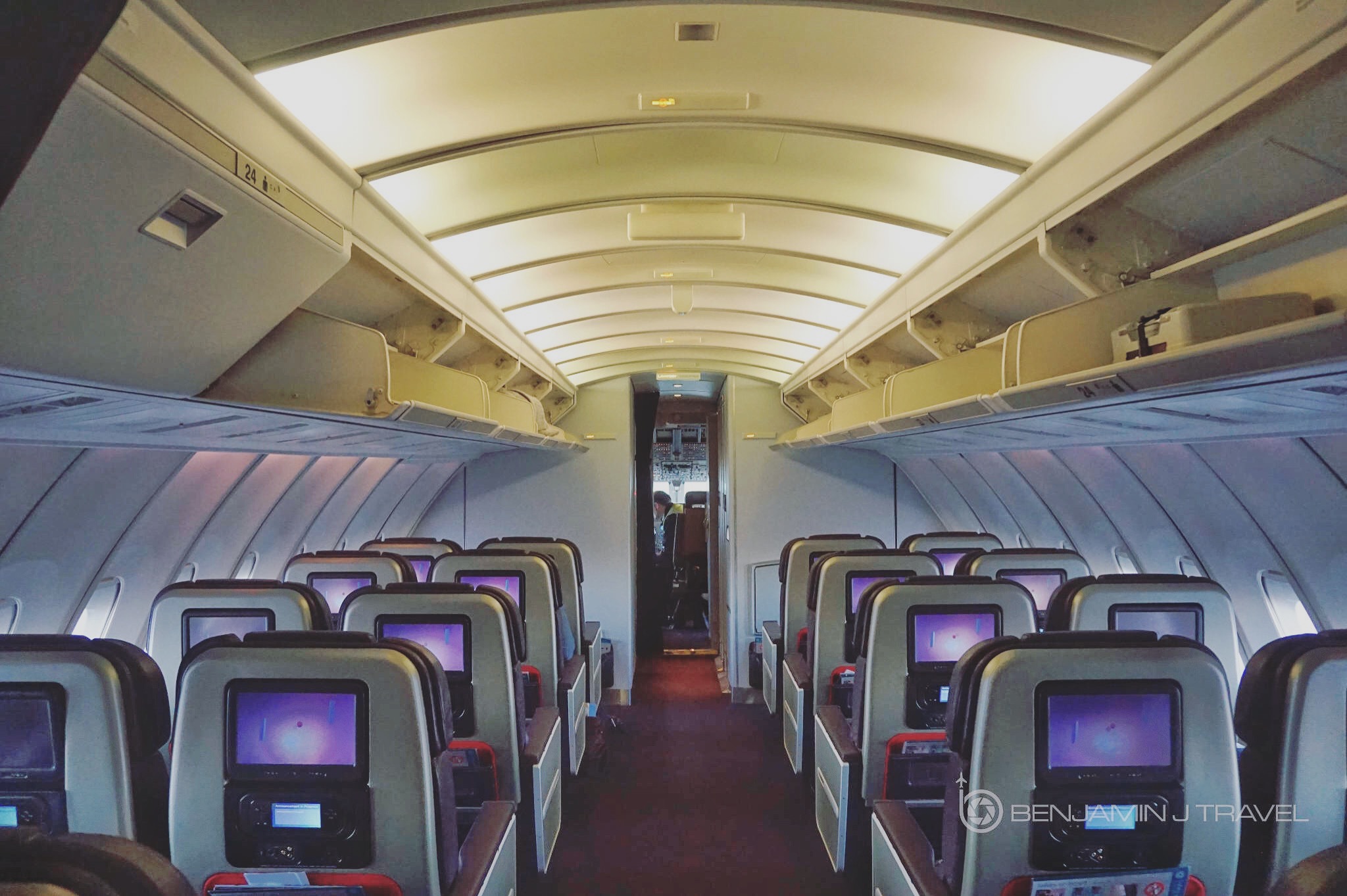 After a very nice holiday in Europe, it was time to had back to Texas. We had booked ourselves from London Gatwick to Las Vegas on Virgin Atlantic. I was curious to review the Virgin Atlantic 747 Premium Economy. The Queen of the Skies is quickly disappearing from fleets around the world and at the time of writing, Virgin Atlantic has shifted all of their 747s to their Gatwick base.

We arrived at Gatwick about 90 minutes  before boarding. It was a busy a day and their was long time for a classes to check bags. The Virgin Atlantic staff was working as hard as they could to mitigate wait times. We headed to the gate about 20 minutes before boarding and hung around our “boarding pen”. Once it was boarding time, no boarding groups were actually announced  but everyone just seemed to board at once. Surprisingly, boarding of the 747 was quite orderly.

The Premium Economy seat overall provides a lot of comfort. It’s similar in width and seat pitch that you’ll find in US domestic First Class seat. There’s a foot rest at each seat (cushions are provided in the bulkhead row. The upper deck also features storage bins along the windows which I really like. There’s also air vents for each seat which is hit-or-miss on wide body aircraft. These 747s aren’t young so the cabin does shoe a bit of wear and could use a deep cleaning. which was really only the noticeable negative The overhead bins are also quite small not he upper deck. It wasn’t too much of a problem in Premium Economy due to the small number of passengers.

Within a couple of minutes of settling into our seats, the crew came around offered pre-departure beverages. We were offered orange juice or prosecco. Of course, I’ll oblige in anything with bubbles so I had a class (or two) of prosecco, Beverages in Premium Economy are all served in glassware.

While it was quite the brisk, cool day in London, I didn’t realize that it was close to freezing. We were already about 15 minutes behind schedule when the captain announced that our aircraft was being de-iced. We ultimately had to be de-iced twice as the captain stated he was unhappy with the first de-icing. In the end, we departed from Gatwick about 90 minutes late. Even though we were quite late in our departure, I appreciated that the captain kept us informed of our departure status about every 10 minutes.

After the second de-cing, we finally backed up form our gate and were bound for departure. Soon we were up in the air and on our way to Las Vegas. Shortly after reaching cruising altitude, the crew was about taking orders for lunch. Post-departure drinks and as well as a snack of nuts were served while lunch orders were taken. Since we were departing Gatwick around 10:30 AM, we were to have a lunch service after departure followed by a mid-flight snack and a light meal before landing in Las Vegas.

For lunch there were three options: chili con carne, a chicken casserole, or halloumi over quinoa. Chris and I both opted to order the chicken casserole. The chicken was flavorful and the presentation wasn’t too bad for a casserole. Premium Economy meals are a definite upgrade over a standard Economy class meal, served with metal cutlery and ceramic dishes. Chocolate cake was served for dessert. Overall, the meal was very good. Lunch trays were collected in a timely manner and frequent drink refills were offered.

After about a two hour nap, I woke up to the first snack which was a drink service and a chocolate & strawberry ice cream bar. About an hour later, we were served a second snack, this time a savory beef pastry. So I guess you could say we go two snack services. Drinks were offered throughout the flight and the crew was extremely attentive. Then shortly before landing we were served a light lunch of scones and sandwiches along with tea service. Throughout the flight, the meal service was very good.

While the entire crew was great, Julie on the upper deck crew really stood out. She was sincere and attentive throughout the entire flight. She checked on every passenger throughout the flight and made sure everyone was comfortable. Virgin Atlantic’s soft product has consistently been a winner for me.

Have you flown Virgin Atlantic 747 Premium Economy? Let me know what you think in the comments!