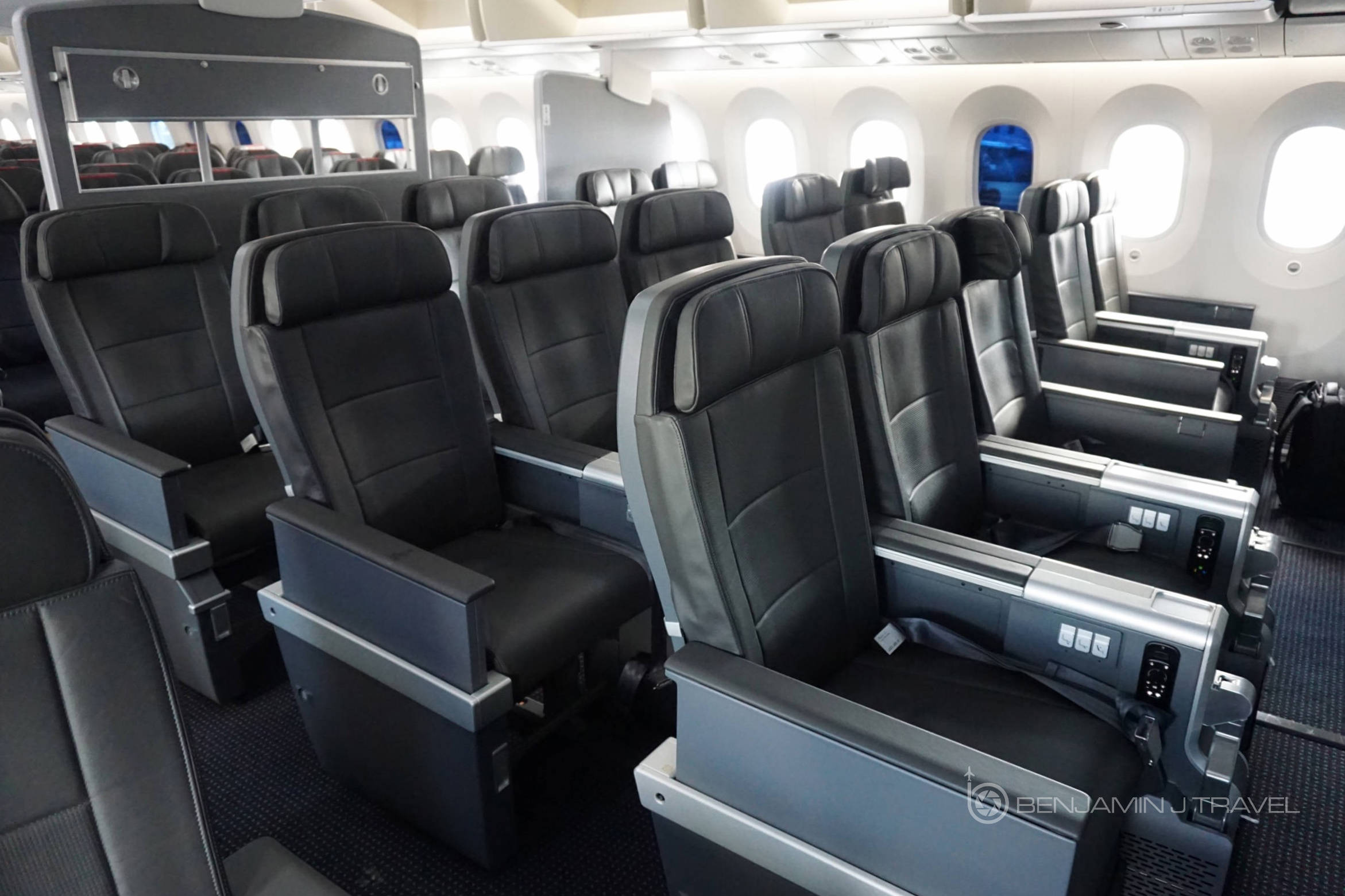 I had the pleasure of flying aboard American Airline’s inaugural domestic 787-9 flight this week from Dallas to Los Angeles, as well as the return to Dallas on the same aircract. Sitting in the 787-9 Premium Economy cabin, I was fortunate enough to be one of the first passengers to try American’s Premium Economy seat.

American was not only launching a new aircraft type with 787-9, but it’s also the first plane with American’s new Premium Economy product installed. There was a little bit extra fanfare on today’s flight but nothing too spectacular. This isn’t a new route for American of course and it’s the second version of the 787 that American has introduced.

I expected a bit more fanfare from American Airlines on this flight but things were pretty much business as usual. The crew however was extra cheerful and several announcements were made on-board recognizing the significance of this flight. As expected, the flight was full of bloggers and aviation geeks on both the outbound and return.

The Premium Economy seat is very similar to a domestic First Class seat with comparable width, legroom, and recline. There is an addition of a foot rest at each seat. In the front bulkhead row, there is a leg rest instead of a foot rest. The foot rest adds a bit of extra comfort by elevating your legs but for me, it has the added bonus of keeping my shoes off my small carry-on bag. The tray tables are a tad larger than a standard economy tray table and are located in the arm rest. The tray table have a nice button to easily pop the tray table out. The outward facing arm rest also raises and lowers for preference.

The IFE is similar to that of American’s other new-ish planes: The A321, 777-300ER, and 787-8. There’s USB power and an audio jack in the IFE screen but also an AC power port in the arm rest. One feature I liked about the power port is that it’s located in the center arm rest in a small storage area. I think this is more user-friendly than having it near your feet. I find it less likely to have you charger knocked out of the power port accidentally. Just like all Dreamliners, there are no manual window shades but rather electronic controls to lighten or darken your window.

In terms of service, expect standard economy drinks and snacks in the Premium Economy section on domestic flights. These seats will essentially be treated as Main Cabin Extra for the time being. American Airlines will gradually begin to treat this product as a separate cabin and fare class for international flights. On long-haul flights, you can eventually expect an upgraded meal experience.

So he final verdict? I’m impressed. This is a thoughtful, comfortable seat with significantly more features than your standard economy seat. Yes, it’s essentially a modified domestic First Class seat. But the addition of small comforts like the foot rest and adjustable arm rests make American’s Premium Economy a nice option for long-haul travelers.

What do you think? Are you excited about American’s addition of Premium Economy? Will you pay a premium for it on long-haul flights? Share your thoughts in the comments below.