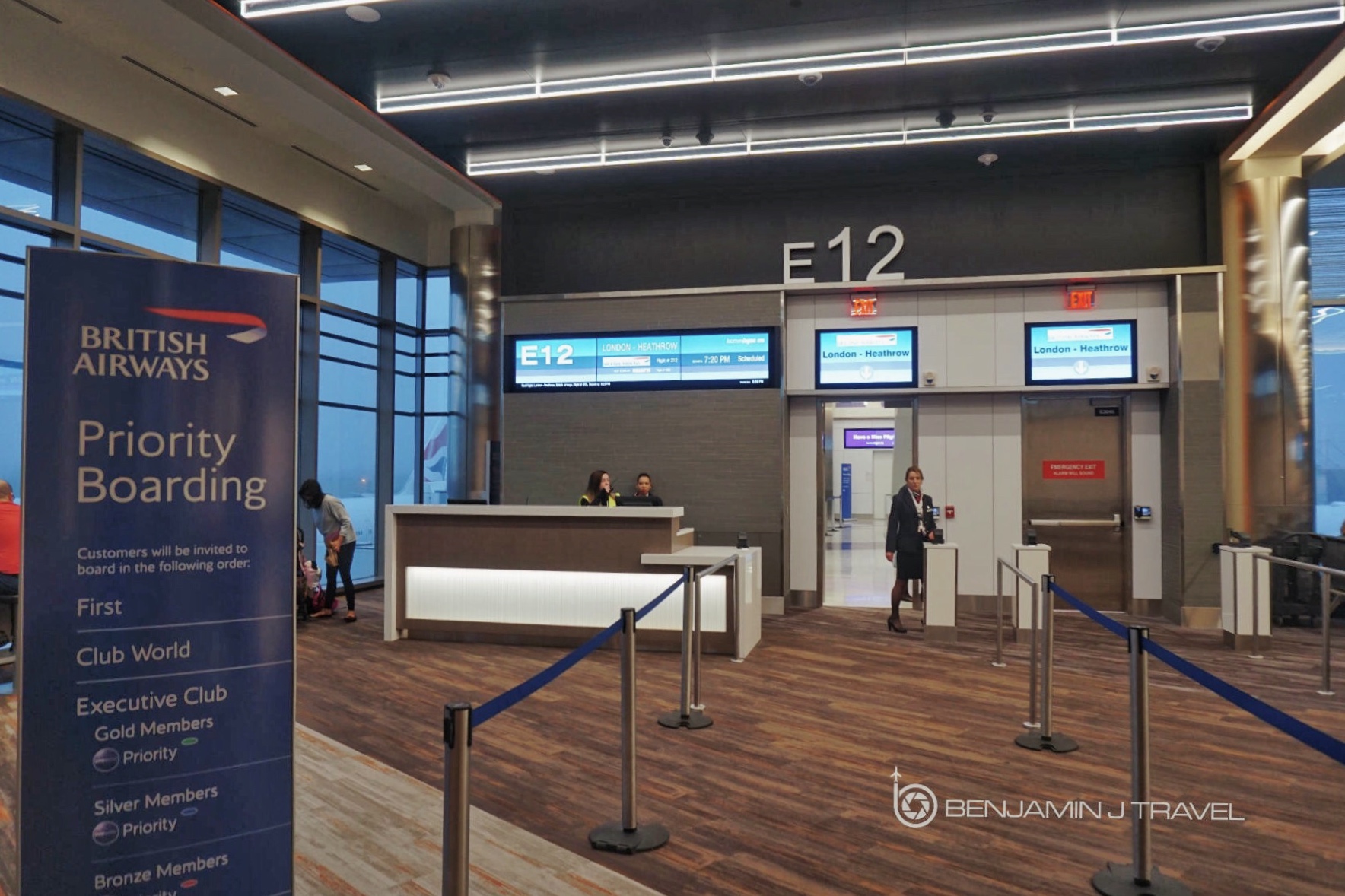 Making our way to Florence for a siblings trip, my sister and I found ourselves in British Airways’ 747 Economy Class from Boston to London. A short hop just over 6.5 hours, the flight from Boston to London is on the short end of transatlantic flights. I flew in this same cabin and aircraft from London to Dallas just about 2 months ago.

We had arrived from DFW on an American Airlines flight which was quite delayed. We had to move very quickly through the Boston airport on our layover. We arrived in Terminal B from DFW and our British Airways flight was departing from Terminal E. Keep in mind there’s no airside connection between Terminal B and Terminal E so you’ll need to re-clear security in Terminal E. British Airways also does not participate in TSA PreCheck so you’ll want to keep that in mind when planning your connection times.

There’s a relatively new British Airways Lounge at Boston airport but we had no time to check it out which was disappointing. Even though we flew in Economy Class, we would have been able to access this lounge thanks to my OneWorld Emerald status.

Once through security, we headed toward our boarding gate, E12, just about 15 minutes before boarding. Once boarding was announced, the boarding process began and it was all very orderly.  Priority boarding with British Airways includes all premium cabins and elite travelers and my sister and I were among the first couple of passengers on board.

British Airways refers to the their Economy Class cabin as “World Traveller”. The Economy Class cabin of the 747-400 is mostly in a 3-4-3 configuration but the last three rows are in a 2-4-2 configuration which is ideal for traveling pairs. I had selected 51H and 51J for my sister and I so we could avoid having a seat mate next to us. Keep in mind that in these last few rows, there can be a bit of a gap between the window seat and aircraft wall. We settled our hand luggage in and took our seats.

The aircraft boarding quite quickly, despite the flight being almost completely full. We pushed back from the gate right on time despite the wet and cloudy weather in Boston.

About 30 minutes after reaching out cruising altitude, a beverage service was offered and I had a small bottle of red wine. Shortly after, dinner service was handed out on trays. I opted for the chicken tikka which didn’t look like much but was actually quite tasty. Coffee and tea were offered after dinner service and trays were collected in a timely manner. The crew on this flight wasn’t very visible and the service was indifferent: not friendly or rude.

Since we’d had a very long day of travel, I had no problem dozing off to sleep for a solid 3.5 hours over the Atlantic. Since the flight from Boston to London is so quick, there was no pre-landing breakfast meal served. Instead, a quick beverage service with coffee, tea or juices was offered. I think this was my first transatlantic flight without any type of breakfast or snack offered before landing. Not that it was the end of the world; we’d enjoy a hearty breakfast in the Galleries First lounge upon arrival at London Heathrow.

Overall for an Economy class flight, this one from Boston to London was pretty smooth. While I can’t necessarily rave about the service, the food was decent and the flight was painless. While I love flying in premium cabins, the flight from Boston to London is so quick, it’s not worth spending the extra bucks on this route. Economy Class will do just fine for me on this route!