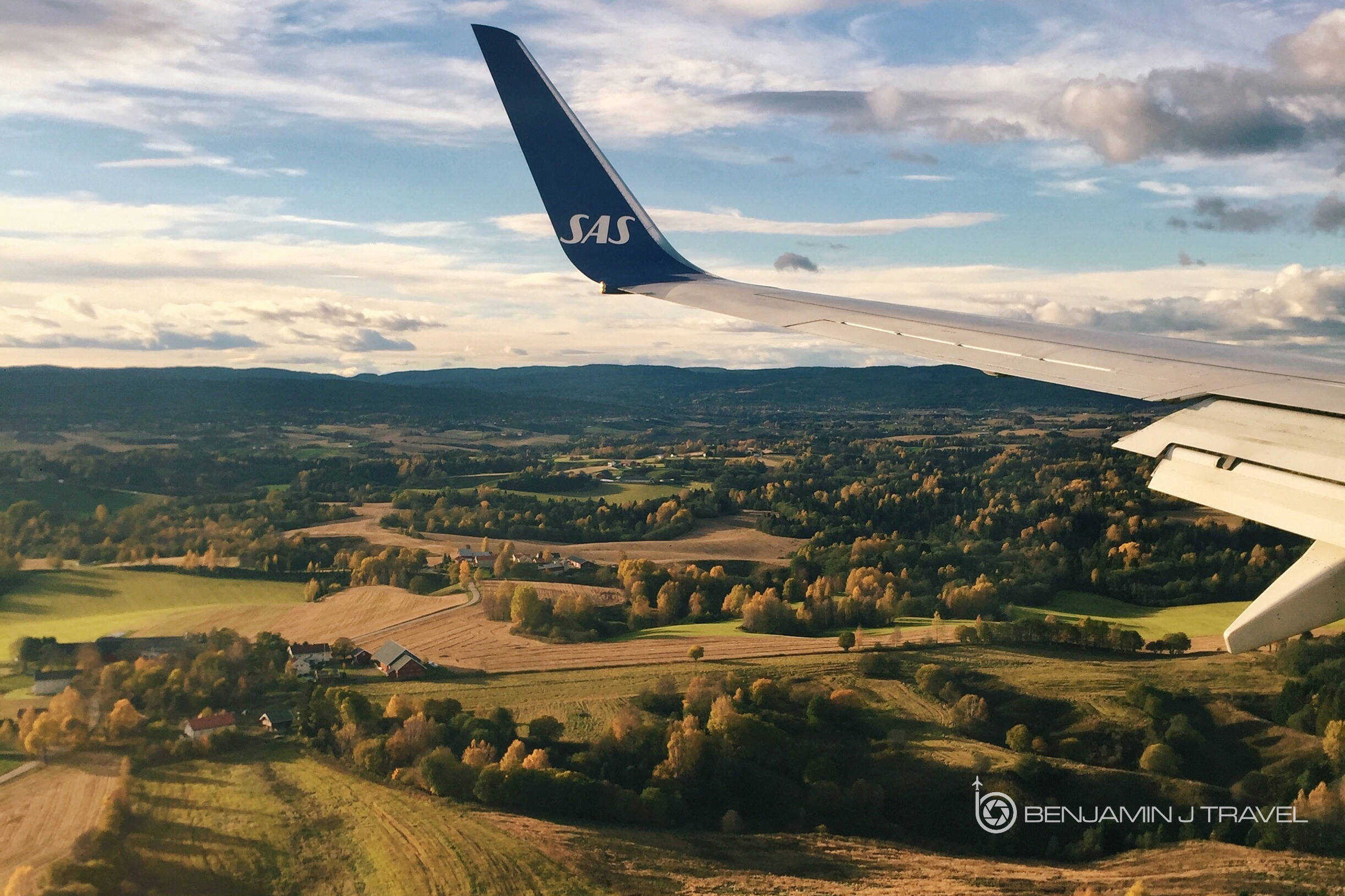 Making my way to London to Oslo after my flight from Dallas, I had snagged a cheap ticket on SAS in SAS Go Economy Class with a connection in Stavanger. While I would have preferred a nonstop, the cheapest nonstop that worked for my departure time was over $400 USD. The SAS Go ticket was only $100 USD. That major price difference make my decision for me. Plus, it’d be a chance to fly through a new airport I’d never been to.

SAS offers three fare options for intra-European flights: SAS Go Light, SAS Go and SAS Plus. Go Light and Go fares are essentially Economy class fares with no checked bag included in a Go Light fare. There is no true Business Class on SAS’ intra-European flights and the seat is the same in all fare classes. SAS Plus will include a meal, free WiFi, and lounge access.

Boarding for both flights was on-time and quite efficent. I flew on two nearly identical 737-800 aircraft. On my first segment London Heathrow to Stavanger, I was seated in 24A. On my second segment from Stavanger to Oslo, I was seated in 30A. Both were window seats on the left side of the aircraft. The first flight was only about half full while the second flight was completely full. Legroom is quite tight and the seats are rather slim.

Snacks and drinks were offered for purchase while coffee and tea were offered for complimentary. The service on the first flight was rather polite and friendly. However the second segment’s crew had a bit of an attitude. There are no power ports on this aircraft and neither are my aircraft were equipped with WiFi.

My journey included a one hour connection in Stavanger which required me to transit passport control as it was my first port of entry into the Schengen zone. While Stavanger’s airport is quite small, a transfer from a non-Schengen gate to a domestic gate is a bit cumbersome. You’ll need to pass through passport control, exit the terminal, head to the domestic gates and re-clear security control. I only had a hair over an hour and I made it just in time to my boarding gate for Oslo.

Overall SAS provided an inexpensive way to get form London to Oslo. It wasn’t the quickest route but it saved me at least $300 over a nonstop flight and the connection wasn’t too bad. The customers service wasn’t fantastic but SAS is an efficient airline with prompt boarding and no delays (at least on this journey). Plus I can at least now say I’ve passed through Stavanger.

What has your experience been with intra-European flights on SAS? Would love to hear your thoughts in the comments below.