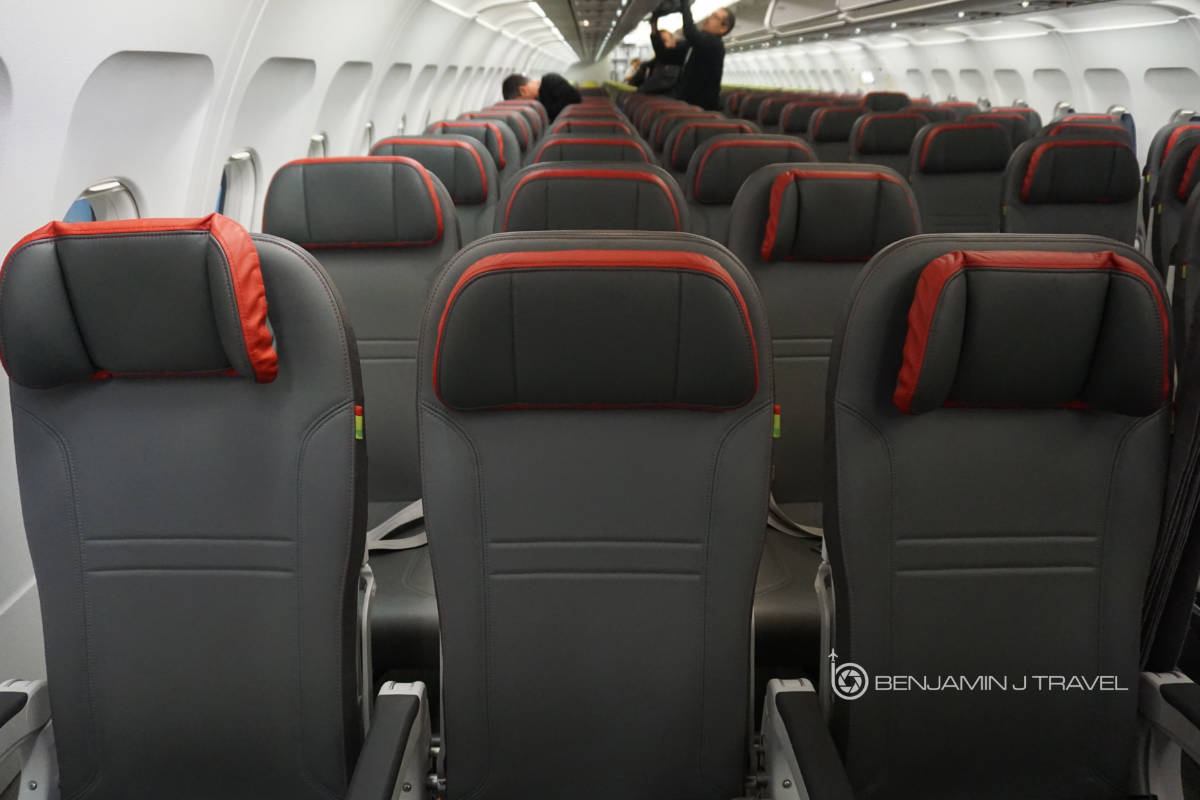 Beginning my extended journey home from Oslo, the first leg of my journey would be in TAP Portugal Intra-Europe Business Class aboard an Airbus A320 from Oslo to Lisbon. Scheduled for an 6:55 PM departure, our flight time would be at 4 hours from gate to gate. Tap Portugal refers to their Business Class cabin as “Executive Class”.

Boarding was slightly delayed and the gate area was packed but ultimately the boarding process was orderly with Business Class and Star Alliance passengers called to board first.

The Cabin: Like most European carriers, the Business Class cabin on the Airbus A320 is in a 3-3 layout in the entire aircraft. In Business Class, the middle seat is blocked for extra comfort but there is no tray table or barrier in the middle seat. There are individual air nozzles at each seat which helps with climate control.

The Amenities: There were no special amenities on this flight other than a pillow and blanket. No amenity kit was offered.

The Food: No pre-departure beverage was offered in Business Class aboard this flight. Shortly after take-off, beverages were offered and a snack mix handed out. Dinner orders were take by the first class flight attendant. About one hour into our flight, dinner service was passed out on trays. I had opted for the Salmon with Hollandaise sauce as my main course (the other option was veal). The starter dish was smoked ham with goat cheese and couscous. The presentation was nice for tray service but the food was notably tasty. I was really impressed with the quality of the food. For dessert, there was Creme Brûlée which was excellent as well. I capped off my meal with a coffee before sleeping for the last 90 minutes of the flight.

The Service: The service from the crew was fairly non-memorable. The crew was professional and polite but didn’t say much.

The Overall View: For a four hour flight, the TAP Portugal intra-Europe Business Class experience was decent enough. I was very impressed with the food most of all. However, being used to a much larger seat up front with U.S. carriers, it’s hard to get excited about the actual seat in intra-Europe Business Class. For the right price however, I’d buy Executive Class again for this length of a flight. But for an shorter flight of only an hour or two? Not unless it was incredibly cheap.