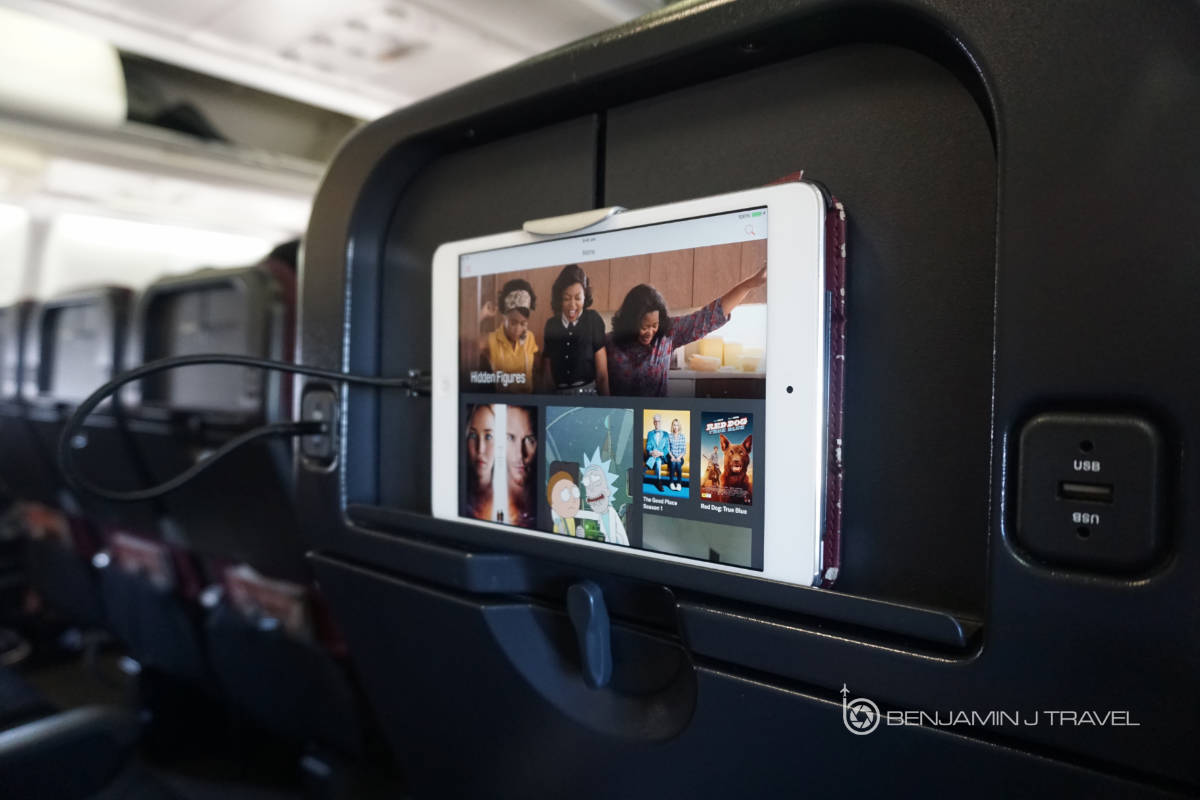 Making our way from Sydney to Melbourne, a Qantas A330-200 would be our ride for the short ride between Australia’s two largest cities. This trip report will cover our overall experience in Qantas A330 Economy Class on a domestic Australian route. I’d booked this particular segment with British Airways Avios as the cash price was bit pricey for such a short flight. British Airways (BA) Avios still represent a great value for short haul redemptions, especially outside on flights outside North America.

We had arrived from Los Angeles on American Airlines and had about a 2.5 hour connection in Sydney. We spent most of our layover in the Qantas Domestic Business Lounge in T3 which was a nice place to freshen up after a 14 hour flight. About 15 minutes before our scheduled boarding time, we headed over to our gate which was only a 5 minute walk from the lounge. Departing from Gate 10, boarding started right on time and began with boarding for Business Class, Qantas elite flyers, and OneWorld elite flyers in the Priority group. Thanks to my OneWorld Emerald status, we boarded into the Priority group.

Boarding was initially smooth and we boarded through door 2L. We passed through the rear Business Class cabin which looked quite nice. The seats in Business Class are lie-flat in a 1-2-1 configuration with direct aisle access at every seat. We made our way all the way to the rear of the Economy cabin as we were seated in the last row of Economy, row 57. Overhead bin space was easy since we boarded early but even for passengers boarding later, bin space was no problem.

The Economy Cabin is configured in a 2-4-2 layout and the window pairs on each side of the cabin are perfect for two traveling companions. The Economy cabin is upholstered in a tasteful shade of purple which I think compliments the A330 cabin well. The legroom in a economy is a bit tight. My backpack barely fit underneath the seat in front of me. Recline was standard for Economy Class even in the last row of the plane.

We were settled into our seats quite quickly but there was a large family making a commotion as we approached our scheduled departure time. The family was upset that they were not all seated together and the crew was doing their best to try and accommodate them but the family was being quite difficult. There was a small mechanical issues so that also pushed our departure back a bit. Ultimately, we departed Sydney about 20 minutes late.

Our taxi was a bit long leading up to takeoff. But I didn’t mind as the plane spotting on the tarmac at Sydney airport is a dream for an avgeek like me. Departing out of Sydney has to be one of my favorite takeoffs in the world. Thew views of the city and harbour are simply stunning, especially on that particular gorgeous day. We climbed out of Sydney and soon we were at our cruising altitude.

Snack service began about 10 minutes after departure. With a flight time of about 90 minutes, the crew worked quite efficiently to serve a small complimentary snack and drinks. The snack offered was an apple and rice crackers. A small selection of water, juice, coffee, and tea were offered for beverages. Nothing fancy but a quick light snack. The crew was attentive, well-dressed and polite but not overly friendly. The crew was pretty much all about business and being as efficient as possible on this short flight.

We were soon on final approach to Melbourne (MEL) and the crew prepared the cabin for landing. The approach into MEL was lovely and an incoming storm created a lovely contrast in the skies over Melbourne. We arrived at MEL about 15 minutes behind schedule after a short taxi to the gate.

I love that Qantas flies the A330 on busy domestic routes. The A330 is a comfortable aircraft and more interesting aircraft than an A320 or A321 you’d see on similar routes on US carriers. While the legroom in Economy was tight as expected in Economy, the cabin was clean an modern, the crew polite, and the table IFE system was neat. The flight felt much more like a long-haul experience than a 90 minute hop.

Are you paying attention, US carriers? Might could take a note or two from Qantas on the domestic flight experience!

One thought on “Trip Report: Qantas A330 Economy Class | Sydney to Melbourne”