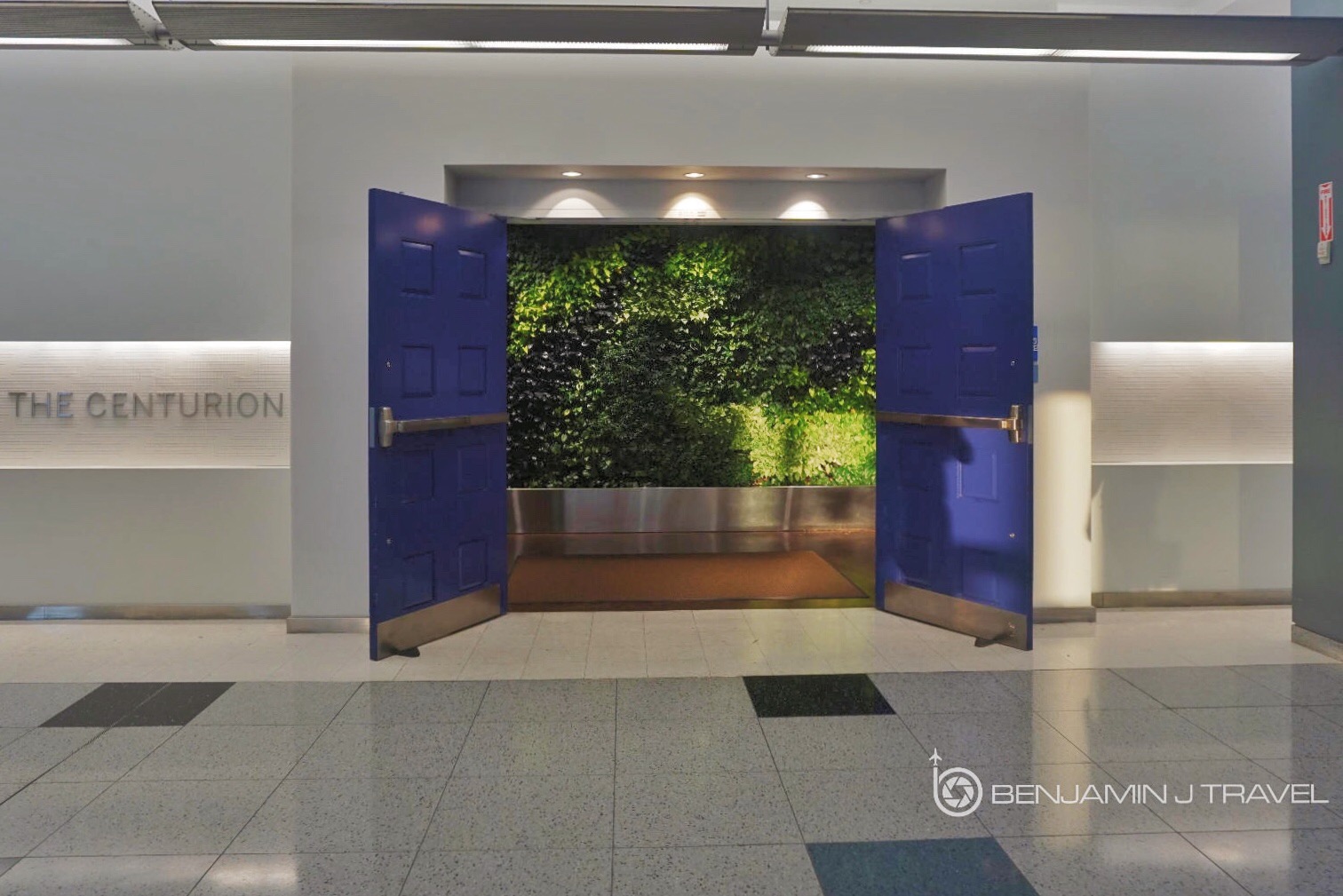 After our Virgin Atlantic flight from London Gatwick, we had wasted good hour at The Club at LAS. I can’t believe I had actually “forgotten” that there was an American Express Centurion Lounge in our terminal! After realizing this, we headed over to the Las Vegas Amex Centurion Lounge.

On arrival, the check-in staff was extremely friendly and welcoming. We got a quick run-down the lounge layout and directed where could find various amenities in the lounge. It was about 5 PM on Thursday and the lounge was only about a quarter full, mostly a handful of business travelers. I’ve also never seen Terminal 1 itself be particularly busy. This was definitely the least crowded Centurion Lounge that I’ve visited.

On first impressions, the Las Vegas Amex Centurion Lounge is probably the largest Centurion Lounge that I’ve visited thus far. It’s a spacious, rectangular lounge divided loosely into various sections by sections of wall. The DFW Centurion Lounge and the New York LaGuardia Centurion lounges are both segmented into lots a small tight spaces and long corridors. So I appreciated the openness of this location. The lounge is stylish and follows the same decor theme as the other Centurion Lounges with modern, bright furniture, pops of travel iconography, and dark wood tones.

While we didn’t have a long time to spend in the Las Vegas Amex Centurion Lounge but we made time for a few nibbles. Like other Centurion Lounges, there’s a great selection of both hot and cold food, non-alcoholic beverages, and snacks. There’s a full bar with complimentary adult beverages. I sampled a bit of friend chicken and Brussels sprouts from the buffet which was quite tasty. From the drink selection, I especially liked the ginger peach iced tea.

One thing I’ve noticed in multiple Centurion Lounges it the sharp contrast in service between different staff members. The front-desk staff couldn’t have been friendlier but the bar staff didn’t hardly say a word. I’ve had similar experiences at the DFW Centurion Lounge.