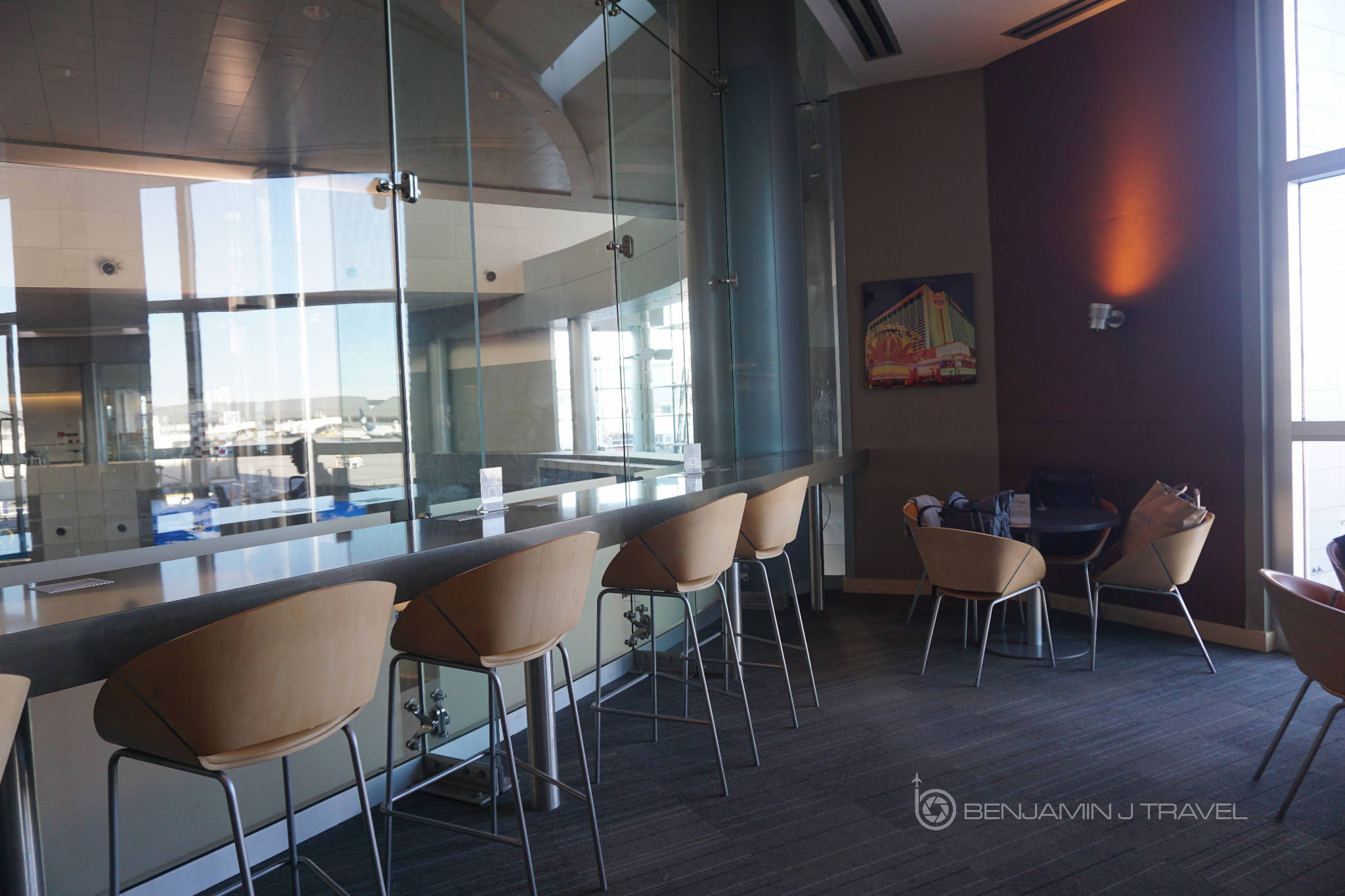 After a long flight from London to Las Vegas on Virgin Atlantic, we had a few hours to pass before our connecting flight to Dallas. Since we weren’t able to catch an earlier flight, we decided to pass some of our time at The Club at LAS in Terminal 1 where our flight to Dallas was departing from. Located in the “D” Gates sections of Terminal 1 at Las Vegas’ McCarran International Airport, The Club at LAS is a third-party lounge in “The Club” network of airport lounges.

There are actually two locations of The Club at LAS in the Las Vegas airport: one in Terminal 1 and one in Terminal 3. Access is granted to members of Priority Pass, The Club membership, or Diners Club. Visitors can also purchase a day pas for $40 USD. We took the turn down a small hallways towards the entrance to the lounge and checked in at the front desk. Check-in was quick and the staff was polite.

On first impression, I though there was just one room to the lounge and was unsure if we’d even find a seat. But I turned the corner and realized there were two parts to the lounge, each with room for about 15-20 people. In comparison to other airport lounges, that’s quite small! But while the lounge itself is quite small, we found plenty of peace and quiet in the far side of the lounge behind the bar. There are a few power outlets but the lounge could use more. The WiFi network was reasonably quick and reliable.

The Club at LAS in Terminal 1 is working with some very limited space but it breaks one of my biggest lounge pet peeves. There’s not restroom inside the lounge so if you need a restroom, you’ll have to walk a bit down the terminal. This eliminates a huge benefit of lounge access for me. Lounge bathrooms are generally more private, cleaner, and less crowded. The Las Vegas airport has some pretty outdated restrooms so it only added to the annoyance.

In terms of food and beverage, things are pretty basic at The Club at LAS. There is s staffed bar with a decent selected of beer, wine, and liquor. Bit the food is limited to mostly light snacks like pretzels, chips, nuts, fruit, and cup of noodles. There is a coffee & espresso machine if you’re in the mood for a hot drink. But overall things are quite simple in this lounge.

It’s not a bad place to catch a quick drink before your flight if you already have free access through Priority Pass or Diners Club. But I certainly wouldn’t recommend buying a day pass. The value isn’t there for the price.