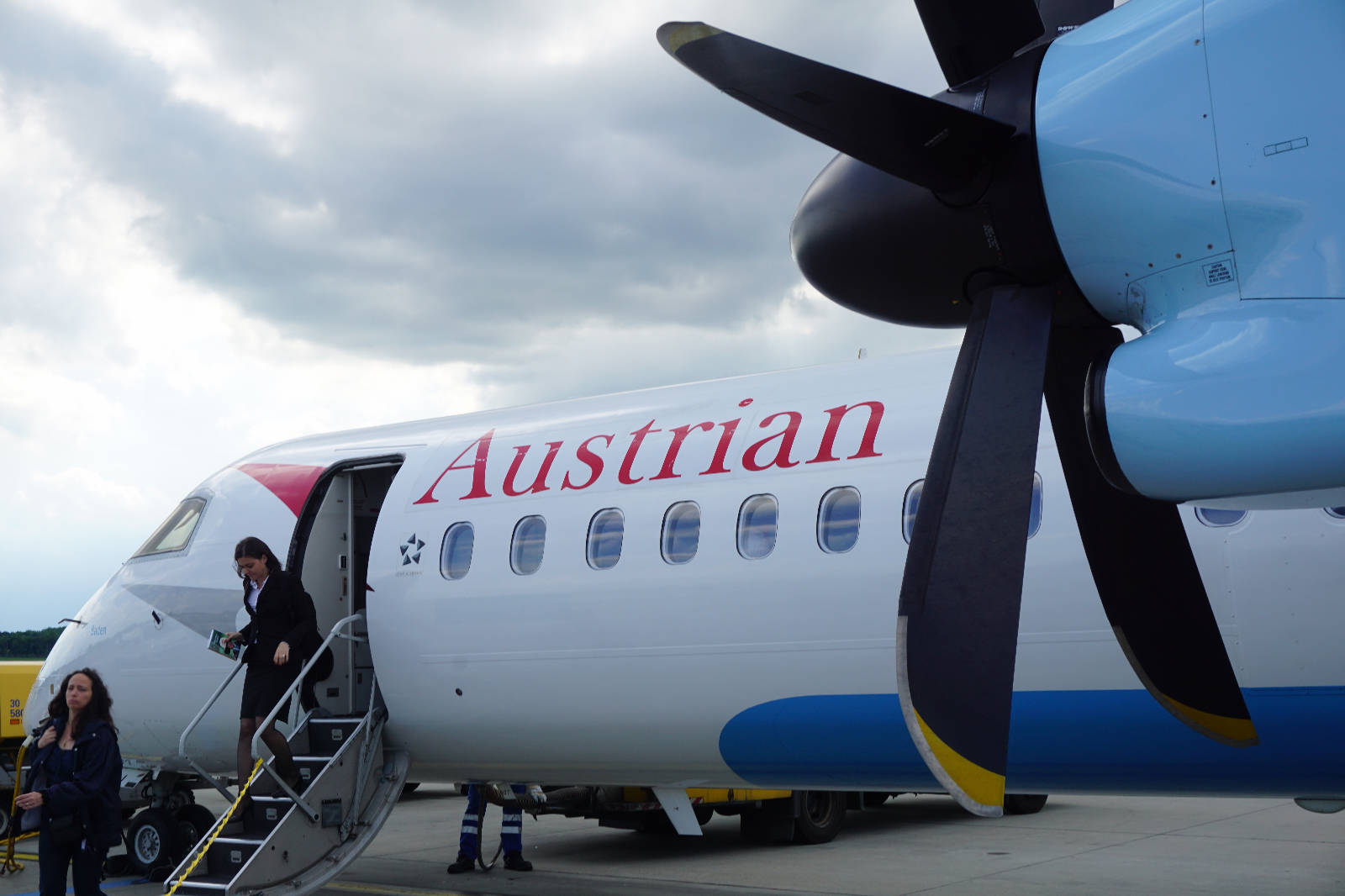 In one trip we managed to experience every airline alliance. OneWorld: British Airways. SkyTeam: Czech Airlines. Star Alliance: LOT Polish and Austrian Airlines. It was quite the camping of experience. We flew a mixture of Business Class and Economy Class.

Towards the end of trip, it was time to experience Austrian Airlines. Our two segments that day included Krakow to Vienna aboard a Bombardier Q400 and Vienna to Budapest board a Fokker 100, all in Economy.

We had to check out very early from our apartment hotel in Krakow and thanks to our very fast taxi driver, we had 2.5 hours before departure when we arrive at the Krakow airport. The Krakow airport is mid-renovation with the baggage check-in desks still being quite old. I was dreading have to wait until 2 hours before departure to check our bags after our experience in Budapest. However all the Star Alliance airlines had one mass check-in area for Lufthansa, Austrian, and Swiss airlines and agents were letting just about any flight check their bags at any time.

Once we cleared security, we spent a good amount of time at the Krakow Airport Business Lounge which was a decent spot to relax. Upon boarding time, we headed to the small boarding corral. In case you haven’t noticed, I’m not a fan of the tiny “boarding pens” common in European airports. Boarding groups weren’t announced but all passengers were invited to board at once. However, boarding was quite orderly and we boarded our bus for our ride aboard the Bombardier Q400.

Once aboard, the friendly and polished staff welcome us aboard. We took our seats near the back of the plane. The plan was just over half full for this one hour flight. It’s a very small plane so the seats were on the tight end. I wasn’t expecting much on such a short flight but were offered complimentary drinks and some crackers to snack on. Even the beer and wine was complimentary. Nice! Upon touch down in Vienna, we were shuttled from our bus gate to the Star Alliance Terminal in Vienna.

We had a very short connection of about 35 minutes so unfortunately, we had not time to explore VIE. Right as we arrived at our gate, boarding had already started for our flight to Budapest. Of course, we had another bus gate for this flight. This was actually my first time on a Fokker 100. First time for everything, folks! The staff was not as friendly as the previous flight but still polite and professional. This flight was very short at 40 minutes so only water, flat or still, was offered. Seats were a bit tight but well-worn for comfort. We arrived in Budapest right on schedule and took our last bus to the terminal. Thankfully, this was our LAST bus gate of the trip.

Of all the intra-European flights throughout the week, Austrian Airlines stood out as the best overall experience.

For a very cheap intra-European United miles redemption, I can’t complain. I look forward to trying Austrian’s long-haul product in the future!