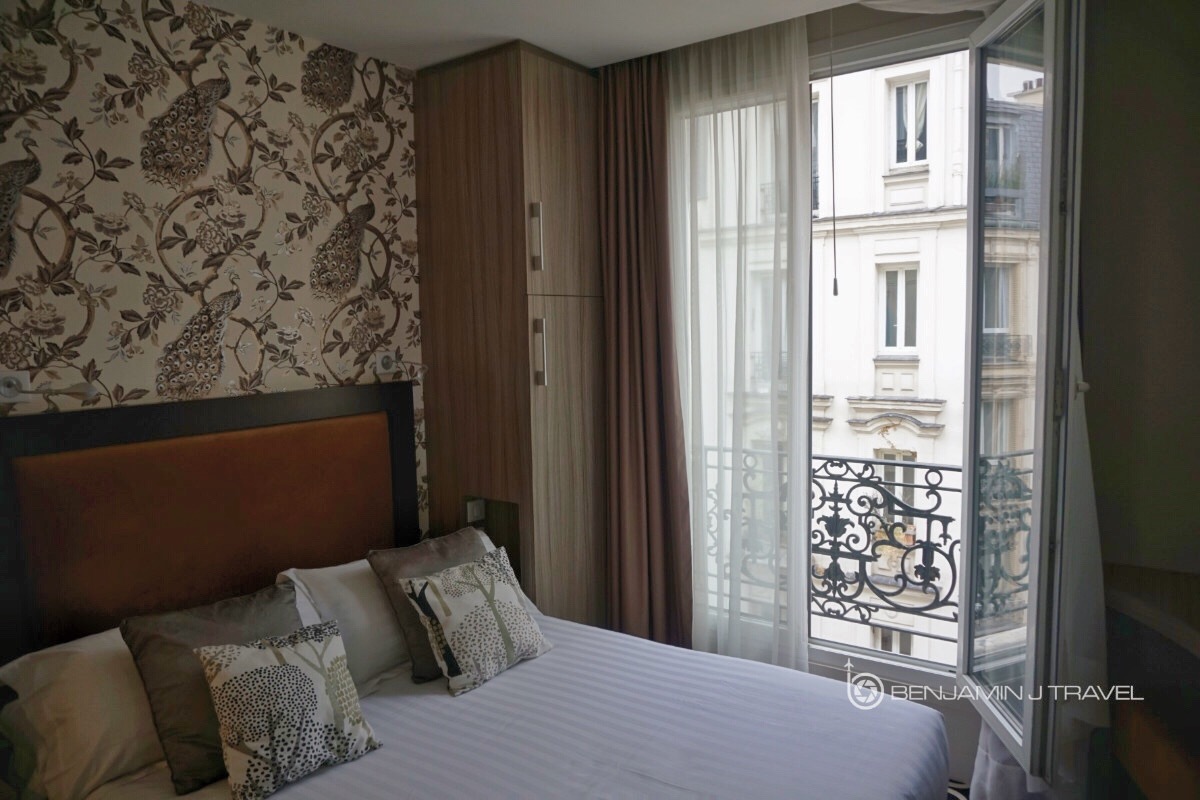 Spending a quick weekend in Paris in February, the Hotel International Paris would be home for just a night in the 11th arrondissement. On my last visit to Paris, I stayed at the Holiday Inn Paris Gare De L’Est which was an interesting hotel experience. I’d booked the room on Hotels.com for about $75 USD which is a nice cash rate for Paris.

I had arrived at Paris CDG around 9 AM but there was enormous lines to purchase train tickets to the city and it took me quite a while to reach the Hotel International Paris. It took me over and hour just to buy a train ticket which is ridiculous.

The Hotel International Paris is tucked on a side street in Paris’ République neighborhood. It’s a short walk from several Metro stations including République, Goncourt, and Parmentier. The location is central and relatively convenient to lots of shops and cafes. It’s not too far of a metro ride from Gare de l’Est and Gare du Nord. I appreciated that the surrounding residential neighborhood was very quiet.

The lobby itself is very small and dark. The Hotel International Paris has had a recent renovation so much of the space was recently remodeled; primarily the guest rooms. Being a small hotel, there was just one staff member on site but someone is on site 24/7. Check-in was quick and they let me check-in early even though I arrived before noon. The hotel uses old traditional keys so you’ll leave the key at the front desk when you leave the hotel. The service was polite and to the point but nothing remarkable. This isn’t a full-service hotel so don’t expect the Ritz Carlton.

I headed up to my room which while small, was very comfortable and clean. You could tell the room had been recently renovated. The room featured a double bed, a small desk space, mini-fridge, storage closet, and private bathroom. The room itself was very small but not unusually small for a European hotel. For jus myself, there was plenty of space.

The bed was comfortable and the linens were soft and clean. I liked that there were built-in outlets right next to the bed. There was also a bedside mini-fridge The bathroom was quite small but the shower was nice, even if compact. I loved the water pressure in the shower. There were some basic toiletries in the bathroom on the small vanity. The towels were a bit small and not the most comfortable. But the bathroom was very clean which is quite important to me.

Overall, for a quick weekend in Paris, the International Hotel Paris was just right for a solo weekend. The room was incredibly clean,comfortable, and simple. The quiet residential neighborhood was a nice change from some of the more hectic neighborhoods of Paris. Plus for such a great nightly rate, I’d say it was a great deal.