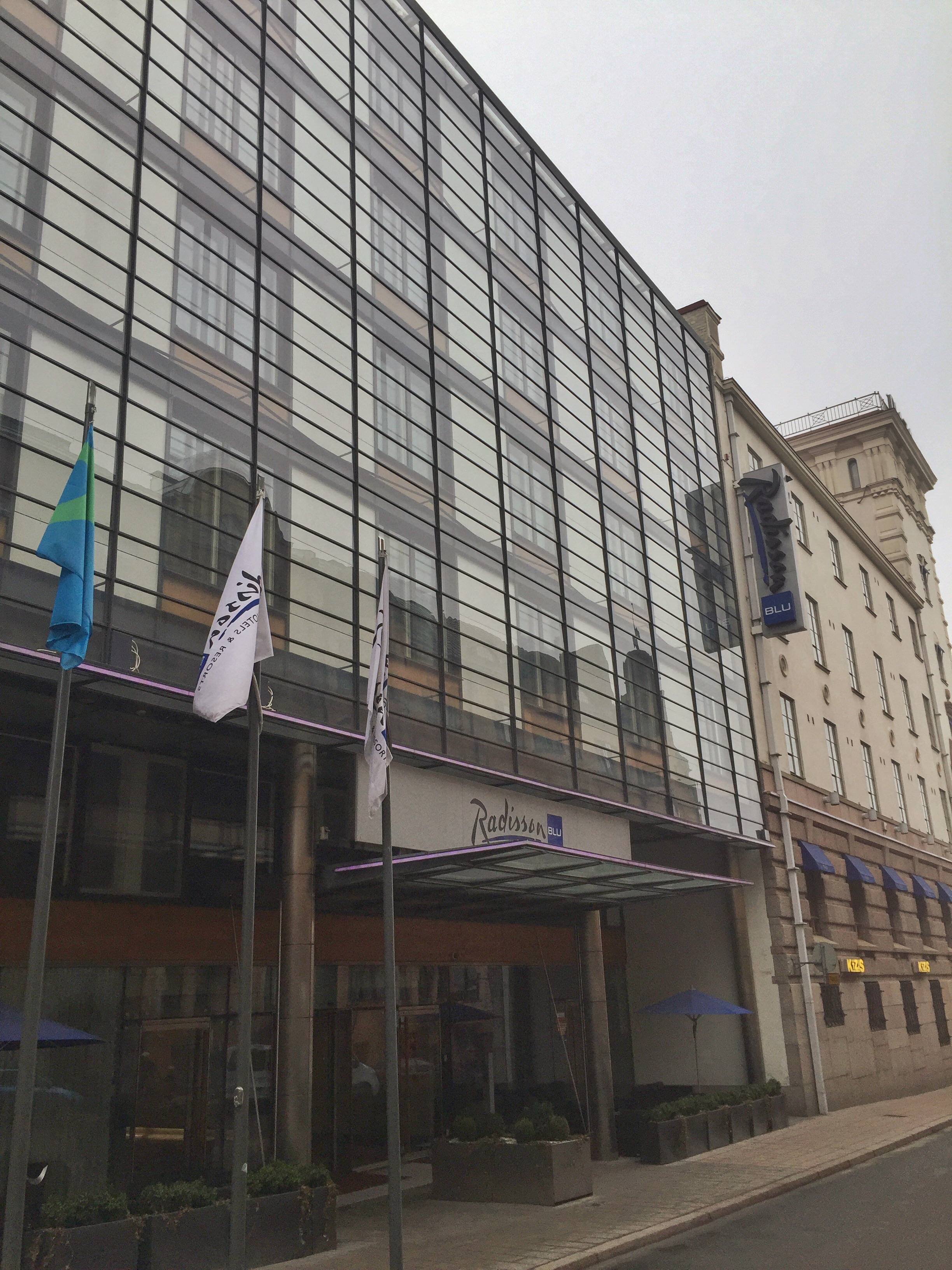 I’ve just returned from a 36 hour visit to Helsinki which included some express sightseeing, a few great lounge visits, a new airline for me, and a stay at the Radisson Blu Plaza Helsinki.

Location: The central location of the Radisson Blu Plaza Helsinki is hard to beat. It’s just about 2 blocks from the Central Railway station in Helsinki. And if you’re coming directly from the Airport train platforms, there’s a side street that’s a nice direct shortcut to the Radisson Blu Plaza Helsinki. Many of the Central Helsinki attractions are within a kilometer walk of the hotel.

Service: My primary interactions with the staff were check-in/check-out and breakfast of which both were good. On arrival, I beat the check-in rush and was able to check in with the general manager in about 5 minutes.  He was friendly and informative and almost wouldn’t let me leave without letting me know about all the amenities. But hey, I’d rather the staff be engaging than not.

Radisson Blu is a part of the Club Carlson rewards program which honestly, is a program I almost never use and have little experience with. I had used a Hotels.com Rewards night to book this hotel so I didn’t accrue any type of points with this stay. Upon check-out, the desk agent encouraged me to sign up for a Club Carlson account but I politely let him know I was already a member.

Breakfast & Dining: Breakfast was included in my booking so I took advantage of the breakfast buffet in the morning.  The host staff greeted me and served coffee along with a breakfast “shot” of a local juice; a blend of lingonberry and cranberry juices. It was quite tart but I energizing perhaps?

The buffet spread was excellent and I have to say they had one of the biggest selections of a “non-resort” hotel property. There was a complete spread of breads, fruits, cheeses, local meats, pastries, porridge, various Finnish dishes, and “American” items. I giggled at the label of “American Pancakes” which had to be the thickets pancakes I have ever seen.  I believe there were at least 5 varieties of butter. How can you resist butter in Europe?

With such great food, I sampled quite a few items along with a mini smoothie and 2 cups of coffee. Service was friendly and quite interactive in the breakfast lounge.

The Room: The room itself was quite comfortable (and clean!). The bed was a bit high but quite comfortable with no shortage of pillows and two nice twin duvets for this King size bed. That way, your other half doesn’t get to hog the covers. There was ample storage space including a small bamboo closet and dresser. I also liked a decent amount of “navigation space” to move around the room without feeling cramped. The WiFi was blazing fast with a very steady connection!

I didn’t watch any TV but there’s a nice size flat screen TV mounted on the wall. There was a decent suite of adapters on the bedside for HDMI and USB ports to integrate with the TV. Alas, there is no international power port so be sure to have your European plug adapter with you. I did find some of the light switches a bit confusing to navigate but eventually got the hang of it.

By European standards, the bathroom was a decent size with a large sink and big shower/tub combination. I always appreciate a hotel bathroom with generous counter space which the bathroom did have. I personally don’t want to set my toiletries on a toilet!

Overall: I had a great stay the Radisson Blue Plaza Helsinki. There is another Radisson Blu in town so be sure to check which on you’ll be staying at. For a short 36-hour visit to Helsinki, this was the perfect spot to recharge my batteries and get a great hotel breakfast.  On top all the good things about this hotel, it was free (well I used a reward night)!